When is an animal or insect a pest?

The term invasive species is often referred to animals, insects, birds or plants that have been either accidentally or deliberately introduced to the UK and then finding themselves in an alien environment have gone on to do very well. But are these really pests or one of nature’s genuine hardy survivors?
Certainly, if you take any species whether animal or vegetable, from its origins and transplant that into someplace new either two things will happen; the organism will struggle to adjust to the environment which will lead to its eventual failure or, without predators or grazing animals the introduced species will thrive in this new land. This ‘introduction’ of a new species is where the problem lies when you take a living thing from one place where it is part of the ecosystem and working as part of a large dynamic and transplant it into a place where there is nothing but endless opportunity and in many cases a lack of predators.

A good example of this is the plant known as Japanese knotweed; bought to the country in the early 1800’s and heavily in vogue by the end of the Century, Japanese knotweed was a celebrity plant and is found all over the country. The problem with Japanese knotweed is its method of growth; the plant comes from a place that has active volcanos which produce lava flows, here Japanese knotweed is a specialist that can live on polluted ground and because it sends its roots or in this case rhizomes deep into the ground to find the nutrients which are buried under sheets of solid lava, the plant gains a foothold and becomes unstoppable. But if this plant is so feared here in the UK, why isn’t the same true for its reputation in Japan? The roots are edible and are dug up, boiled and eaten rather like spinach by local people and in its native mountainous areas an insect, a type of louse, eats the sap of the plant thus reducing growth. These insects are being trialled in the UK and right across the European continent to see if we can have some form of biocontrol for this invasive plant species. 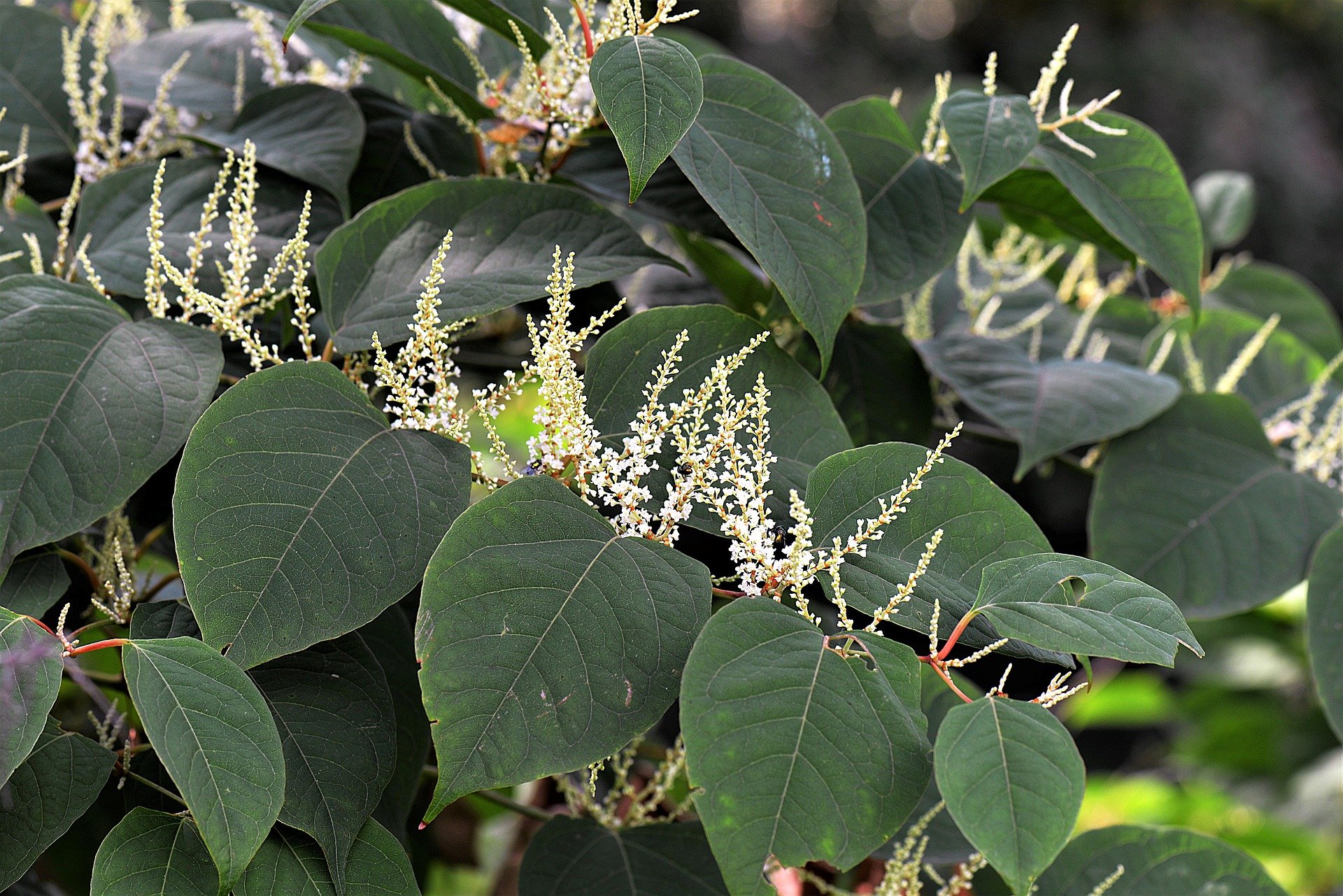 More about japanese knotweed
This is a shining example of a plant which has become a pest here in the UK due to the lack of the predatory insects and a change of culture; the same can be said for many other animals and insects found in the UK which maybe loved for its curiosity value or cuteness, but a plant like the Japanese knotweed becomes a major pest in the wrong environment.

So, what about invasive species and pest control? What invasive species causes problems to householders and businesses in Maidenhead and across Berkshire? The grey squirrel is certainly the biggest invasive pest not just here in Berkshire but all over the UK and throughout western Europe, originally from north America these destructive rodents wreak havoc once they get inside a property, released in the late 19th Century the grey squirrel displaced the native red squirrel, which incidentally was seen as another pest at that time, and the grey is now completely out of control. It is estimated that the grey causes over £40 million pounds of damage to UK forestry each year which is combined with the requirement to import foreign timber because we cannot supply enough quality wood. This figure completely ignores the cost of damage caused to residential properties; stored goods damage, and even fires started by gnawed electrics, water ingress through damaged roofs and the cost of the actual pest control service itself – the grey squirrel has turned out to be an expensive addition to the UK flora and fauna, certainly a pest with no sign of being stopped or controlled. 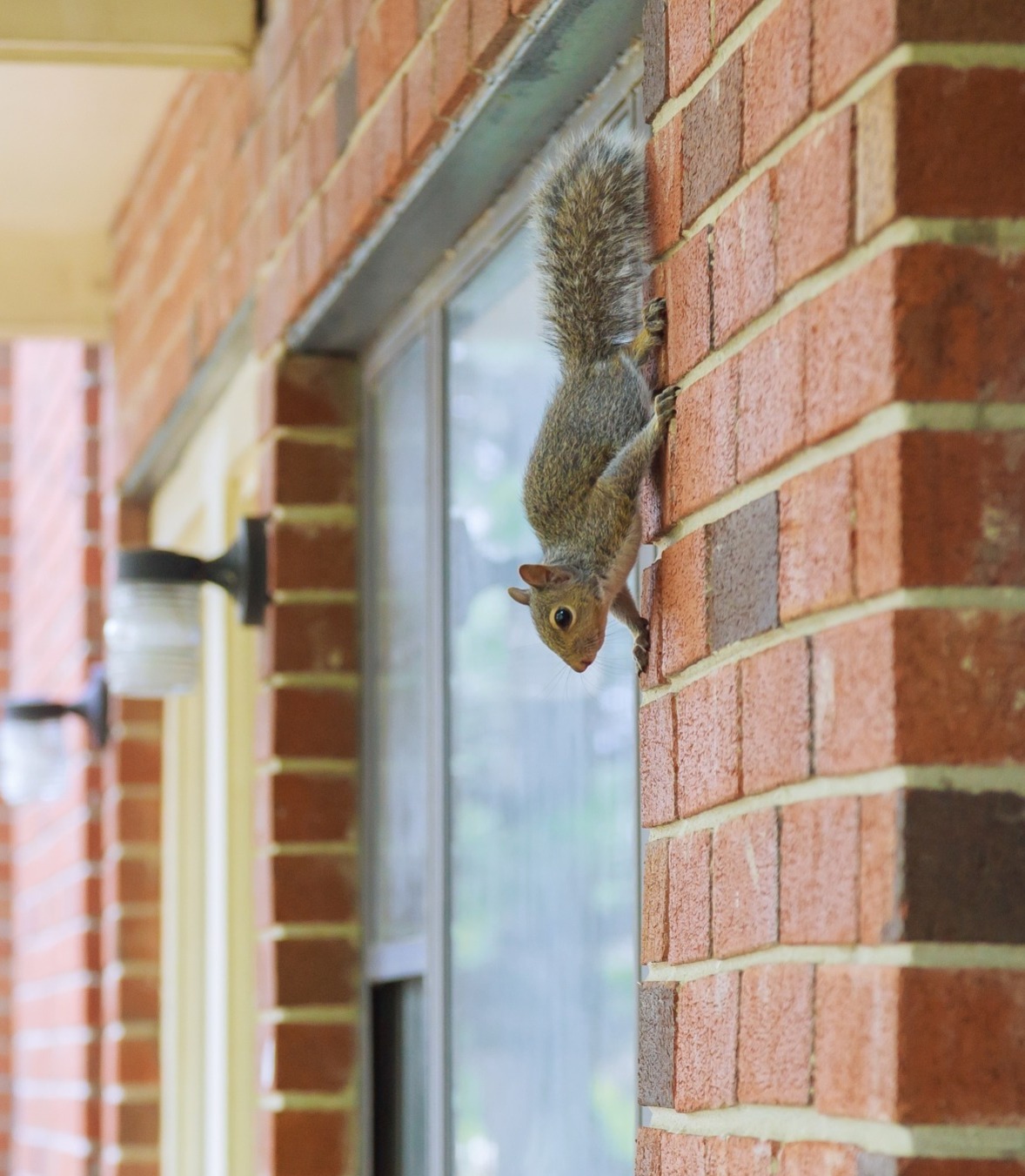 Yes, we have chipmunks loose in Berkshire; back in 2005 thirty of these small rather cute, squirrel related creatures escaped from Wellington County Park, in all 26 of them either died or were shot but four managed to escape into the wild. Four? Hardly the great escape and is this really cause for concern when it’s just a small number of animals? Four is a big enough number and should be a concern when you consider that in Brussels, they had seventeen of these breakout from a zoo, and over a twenty year period their numbers shot up to over 20,000, so maybe, we should be concerned about such a small number. Chipmunks are native to eastern Europe and Siberia so can adapt to the cold, and chipmunks will do very well in the much milder UK climate and their presence will certainly affect other species of rodent such as field mice as they compete for both food and habitat. Another problem is that chipmunks carry the lyme bacterium which they can pass onto parasitical ticks; lyme disease poses a real and dangerous threat to human health and nationally we see nearly a thousand people a year contract this disease in the UK. A colony of escaped chipmunks will only increase risks especially if we see the same pattern of population growth as in Belgium. 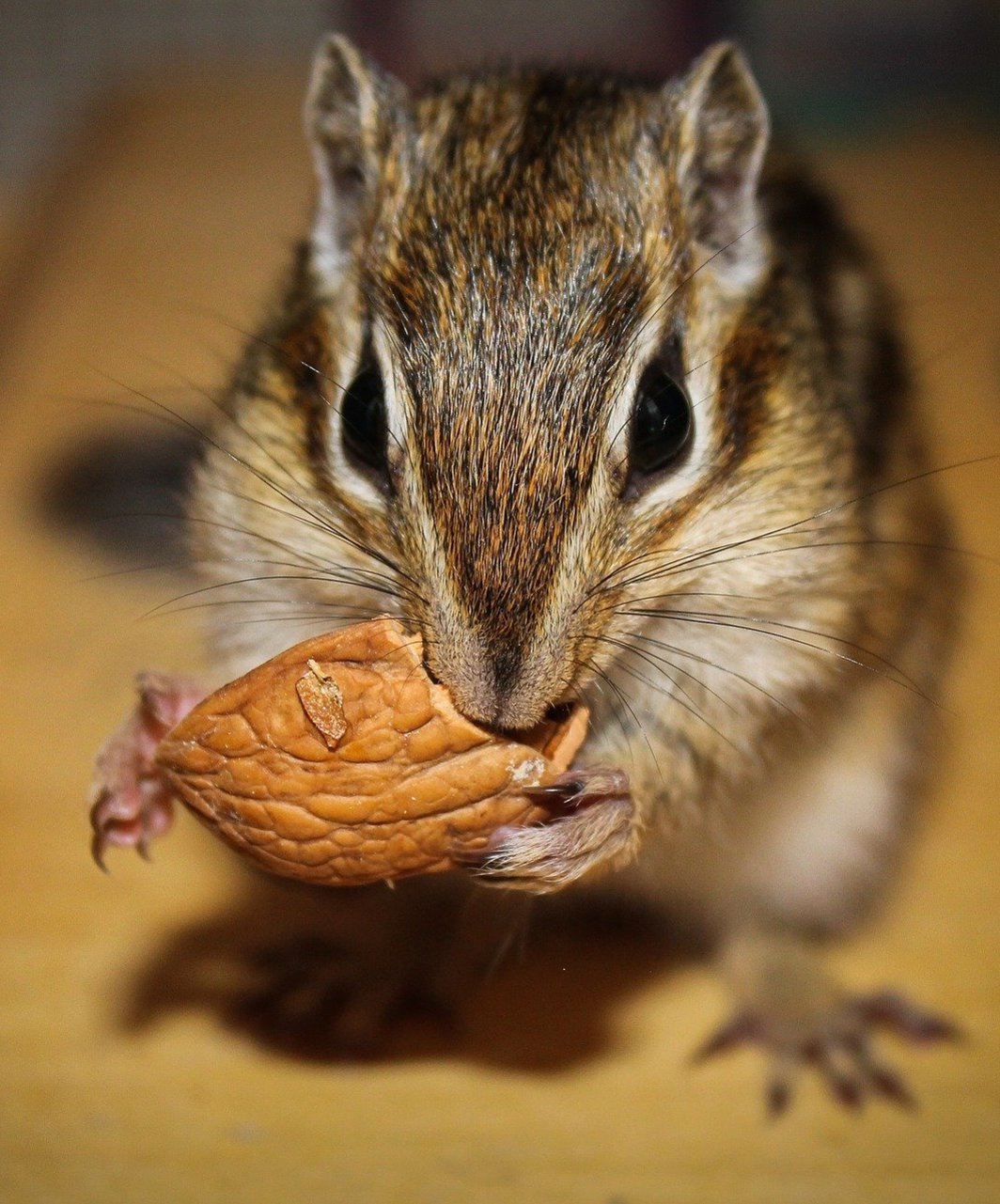 Wallabies are not seriously considered to be a pest and these animals are seen more as a curiosity than anything else, but Berkshire and South Oxfordshire does have a thriving wallaby population along with the widespread and now common muntjac deer which have slowly but surely been colonising the southeast of England since their introduction in the early 1900’s.
The problem with introducing a species of animal to any new environment, is that these may not have predators to keep their numbers in check, and if nature can’t find a way to check and balance the population growth, eventually these animals reach the ‘pest’ status and the only solution is for human intervention to reduce the population.
Muntjac deer are a pest mainly due to the fact that they do not have a defined breeding season, in the case of other deer that breed in a set period, this acts as a natural check on population growth. Muntjac females are rather like rats in that they will breed all year long and are capable of conceiving within days of giving birth; this gives rats a major benefit compared to other rodents and is one reason why we have such a massive rat population, muntjac deer share the same mechanism of birth control are exactly the same as their population is booming.
Both the wallabies and muntjac browse on plants that have no defences against larger herbivores meaning that we see destruction on tree saplings and the base layer oif woodland undergrowth, other animals and birds are affected with the loss of habitat and this causes the decline of birds like nightingales. Having wallabies maybe nice and a welcome curiosity to our native wildlife but they come at a price, and that price will be less nightingales and other small mammals and birds. 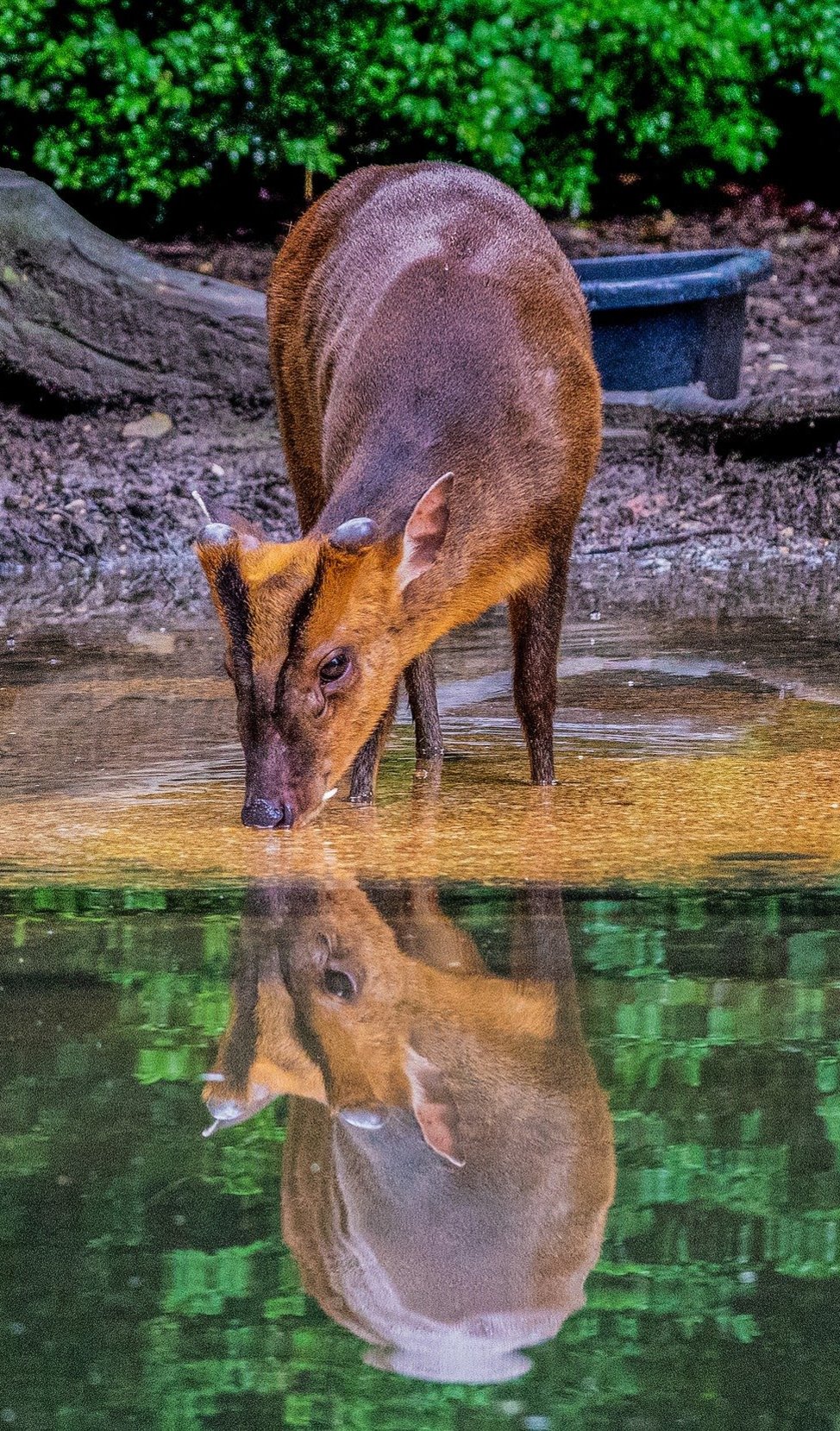 more about wallabies
It’s not just all about rodents and larger animals, many fishermen will know about the problems caused by signal crayfish and how they are devastating rivers and streams right across the UK. To get an insight into how invasive species tip the balance there is a great piece from The Conversation about the pitfalls of trying to curtail signal crayfish and just how difficult it is to deal with an invader once it’s settled in a new habitat.
more about signal crayfish 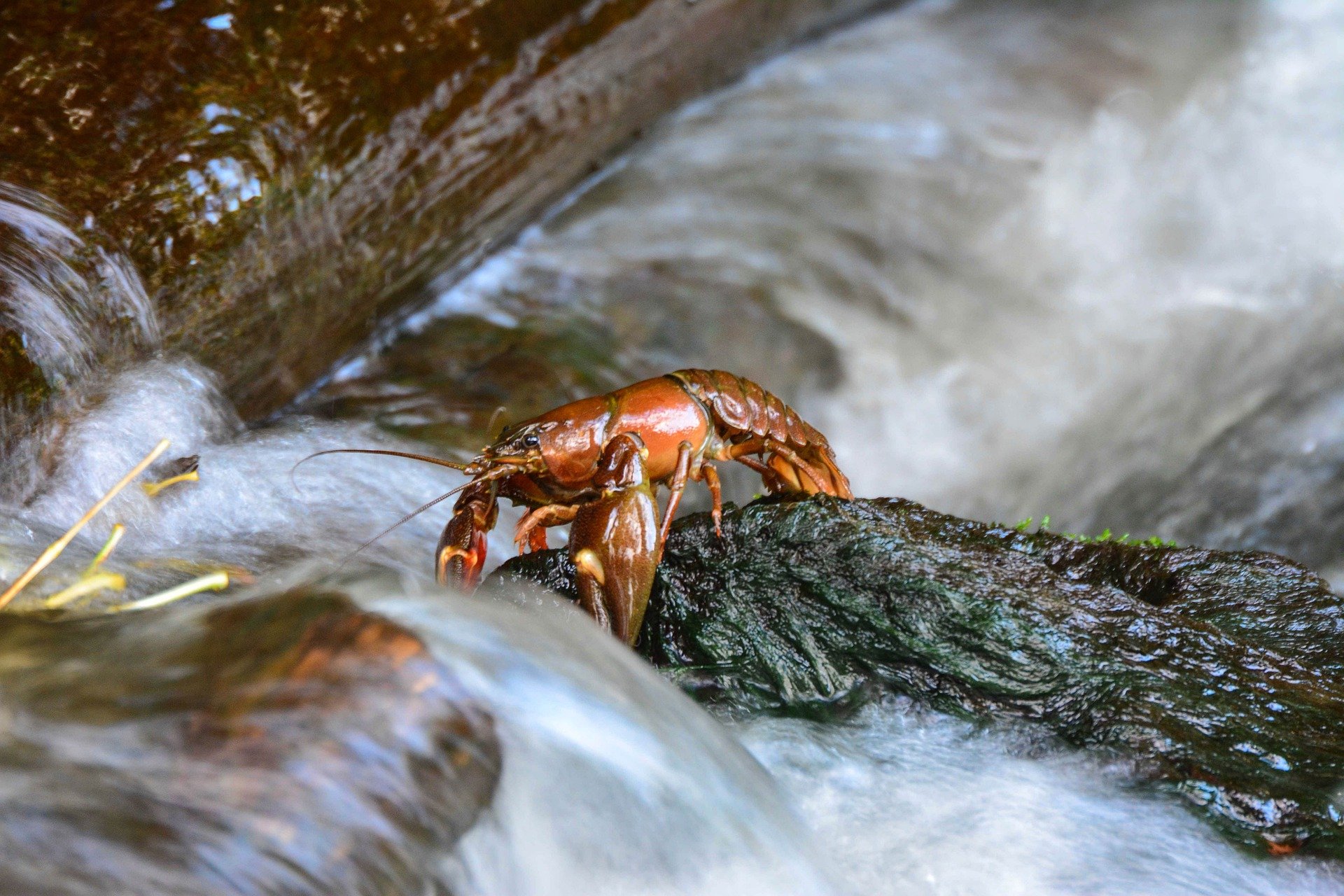 One such invader that has made itself at home and often seen in Maidenhead is the ring-necked parakeet; I first saw these at Langley Fire Station where they used to fly in circles around the station drill tower and I was mesmerised with their colour and noise.
But surely what threat can a small parrot have to native species? It’s not like we’ve got other birds similar to these, or have we? The parakeets compete with birds like woodpeckers and starlings for roost sites and nesting holes and have such an aggressive nature that they push out other birds like tawny owls and small owls. Parakeets are becoming such a menace that they have been added to the General License list which means that they can be shot if proving to be a menace to human health or food production.
They are a splash of sunshine on a bird table in winter and pretty much a Marmite bird, you’ll love them or hate them but as a pest, they have become a problem that will get worse over time. 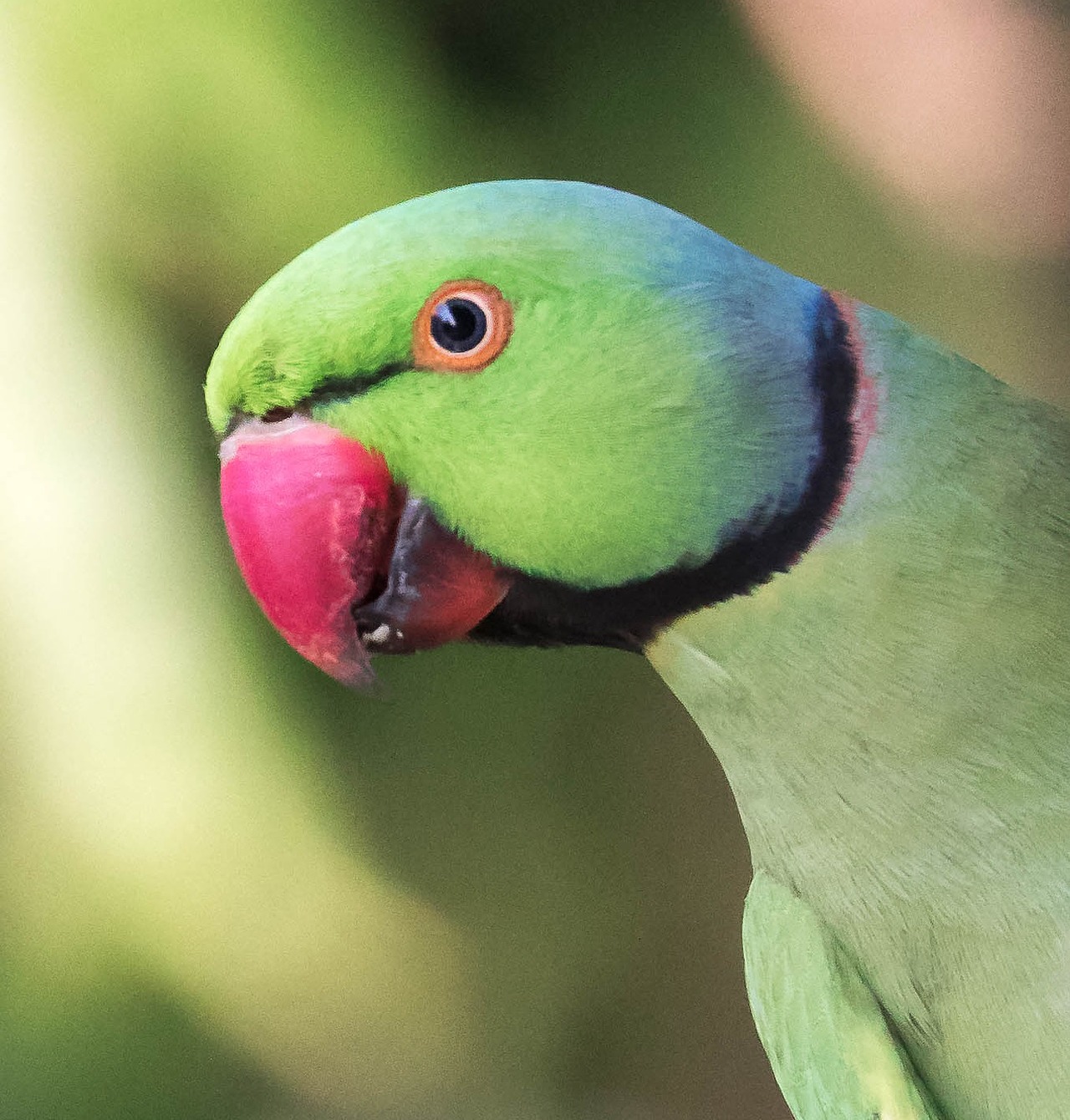 Making headline news now is the Asian hornet that’s has been confirmed as being found in Ascot, these have been slowly infiltrating the UK form northern France for the last few years with confirmed sightings all over the UK but largely in the more southern counties.
Asian hornets are confused with our native European hornet largely in part to the press coverage and use of the wrong images when explaining the difference between the two species. The Asian hornet primarily eats honeybees in southeast Asia. The honeybees found in this part of the world don’t produce as much honey as our native species which means that there are more of the bees and more colonies. The bees have adapted a defence to the hornets which is very effective; when an Asian hornet comes on a honeybee colony it releases a pheromone to tell other hornets that it has found dinner. The native Asian honeybees are able to detect this pheromone and trace it back to the hornet, when discovered the bees will cluster around the insect, beating their wings and raising their internal body temperature and cooking the hornet alive. It takes around an hour to kill the hornet but acting in unison the bees can deal with the threat, sadly our native honeybees have no understanding of the threat posed by this foreign invader and with the ability to kill a honeybee every few seconds, the Asian hornet is feared by beekeepers across the UK.
Incidentally, the European hornet will kill the smaller Asian hornet and I have always had a soft spot for hornets as they are not aggressive in any way – maybe, there is an potential relationship to be had between the European hornet and ourselves if we were top give them protected status and allow them to predate the their Asian cousins? 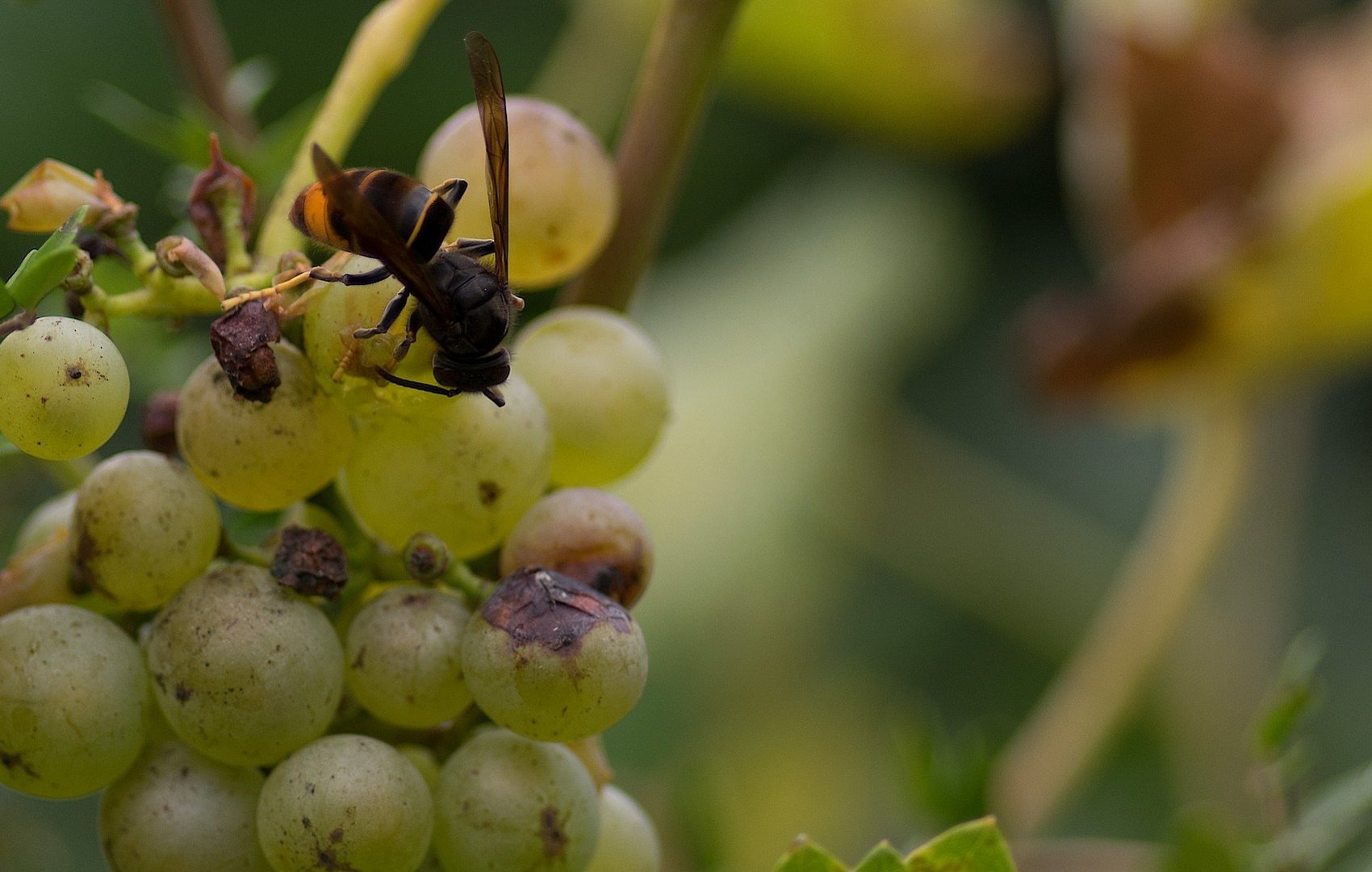 Asian hornets build a round 'chinese lantern' style nest high in the tree's and these become notciable once autumn sheds the leaves - if you see these report the location. 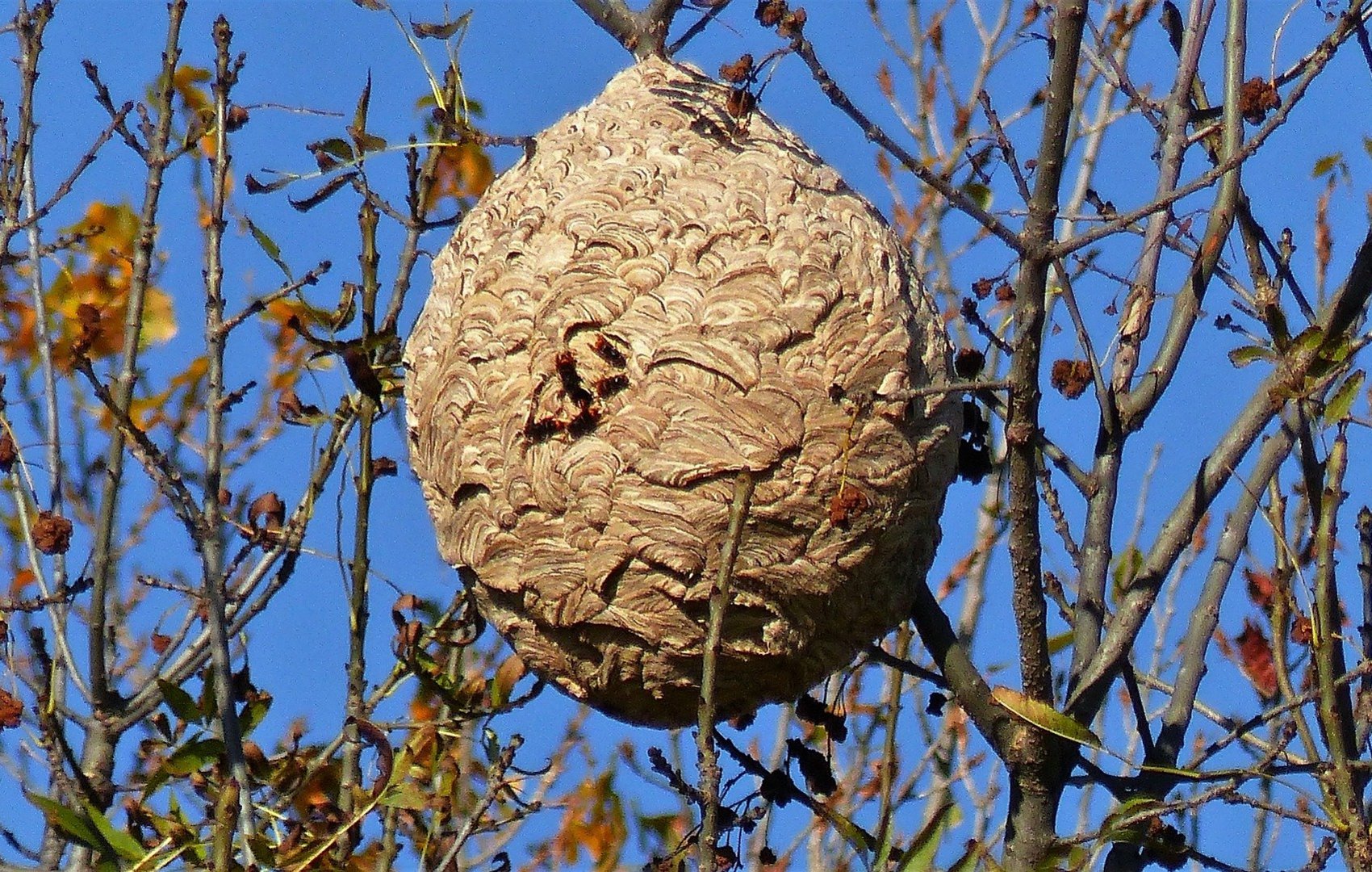 What does the future hold for us?

Global warming is raising challenges for pest control, species like European paper wasps are now found in Kent and these will slowly colonise up the length of the country just like Saxon wasps which arrived around a decade ago.
Other species like stink bugs are arriving all the time and these will get established meaning that new chemicals will have to be sourced and licensed to help us control the pests and that takes time and financial commitment on behalf of the pesticide companies. 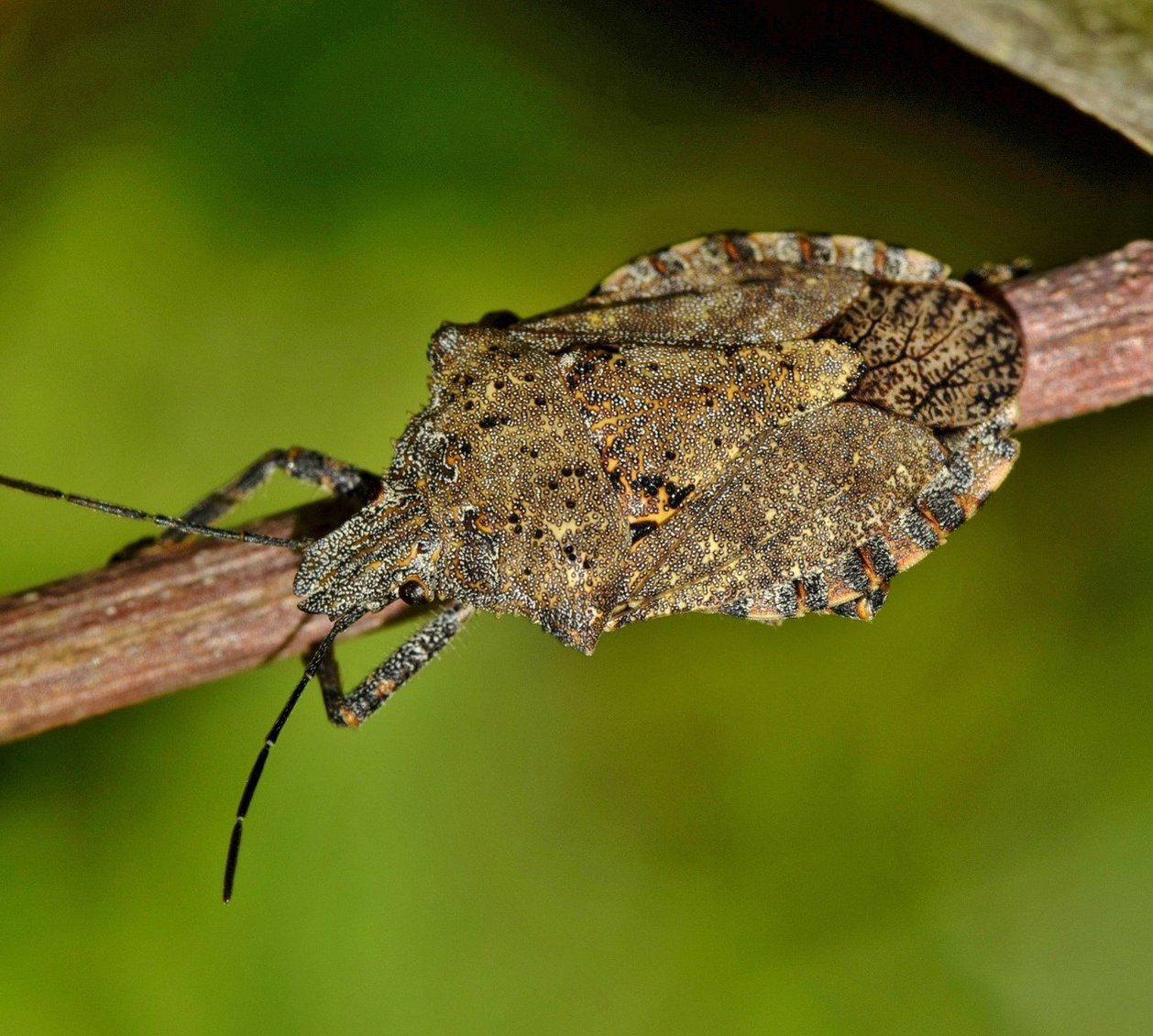 A pest is simply an animal, plant or insect in the wrong place and it is our job to assess the situation to see how we can make the environment pest free; our approach to many pests – rodents and birds is following the guidelines of Integrated Pest Management.
Where possible we focus on sealing up defects and entrances to keep the pests out, a certain amount of trapping is done but this is focused on the minimum combined with the urgency of sealing up. Our job is to get you 100% pest free and that’s something that we do, time and time again.
Tagged as: Hornets, Insects, Squirrels, Wasps
Share this post: