Autumn is well and truely here with the first frosts forming a silver layer over rooftops and cars and its time to look at pests and what steps that you can take to reduce your exposure to the many animals that will be heading inside to warm up with some simple actions.

Don't wait to tackle those long put off jobs

We’ve had the first frost of the year and this is the time that rats, mice, squirrels and edible dormice known as glis glis head indoors to find somewhere warm for the winter, we deal with all these pests throughout the Maidenhead area; the grey squirrel is extremely common across the town and so are the rats and mice but glis glis are really only found north of Maidenhead in Cookham, Taplow and as you’d expect Cliveden and Burnham, we are getting higher and higher numbers in these places.
To some degree all of these rodents eat or stash berries, nuts and seeds from trees and hedgerows to get through the cold winter months but once these have been used up, they will resort to raiding kitchens for food stuffs. This year has been particularly bad for the oak trees with little of no acorn production; this will affect the grey squirrel population and I predict that we’ll be busy with these as the temperatures continue to drop. 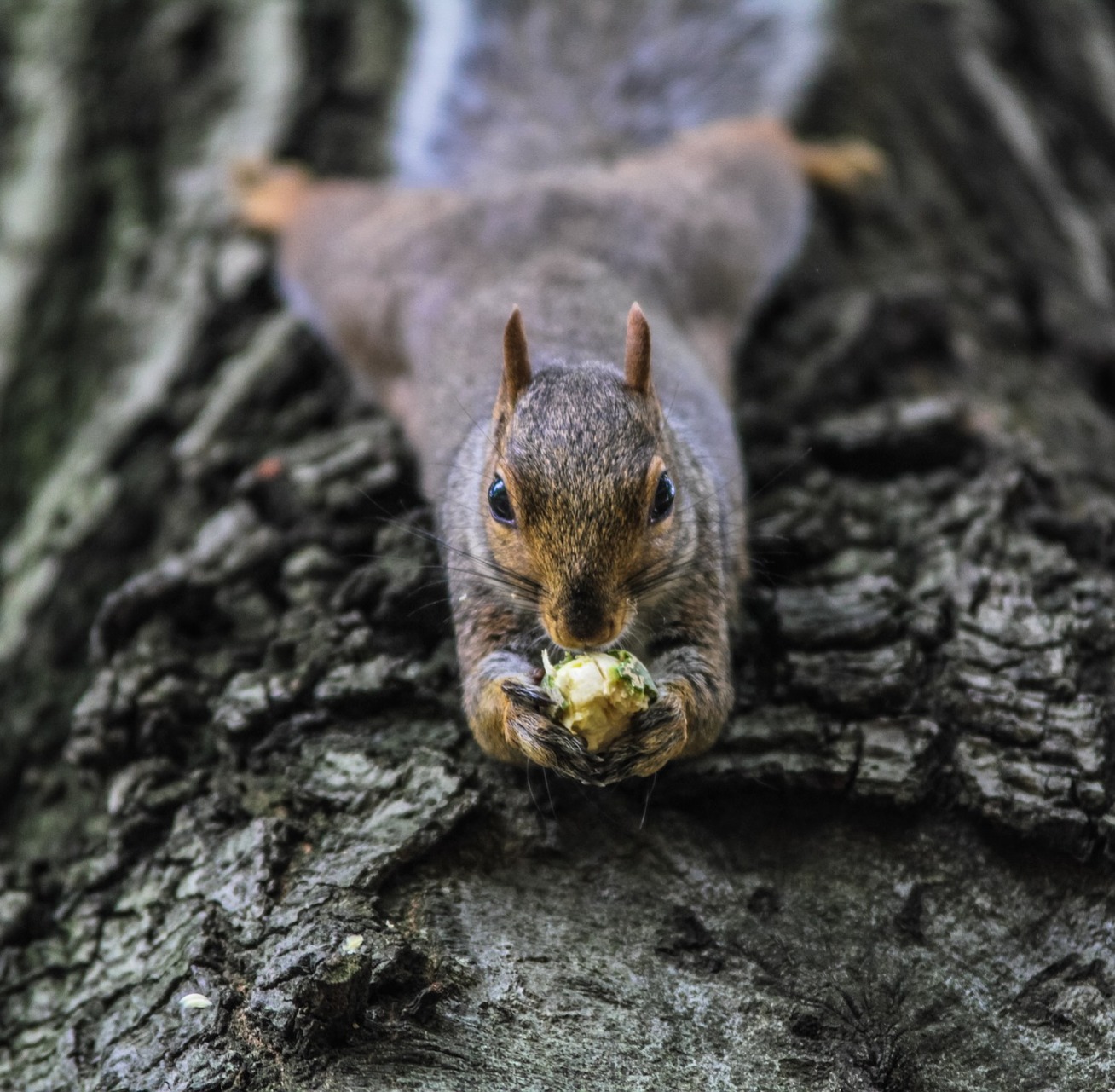 Cold weather brings in vermin across the Maidenhead area

Winter can be a cold and hard time of year, mice and squirrels get through this by stashing food, glis glis deal with winter by hibernating and rats will just continue to scavenge for food in drains, bins, on the streets of Maidenhead and of course in our homes and businesses.
The onset of colder weather combined with dwindling food supplies means that your home or business is now being targeted by rodents as a safe, warm environment in which to hole up in until the warmer weather comes.
This is a seasonal migration of rats, mice and squirrels often heralded by the first frosts which has just occurred; for pest controllers this means a marked increase in callouts for rodents from November onwards right until Spring when the weather warms and the flow is reversed as the rodents leave. 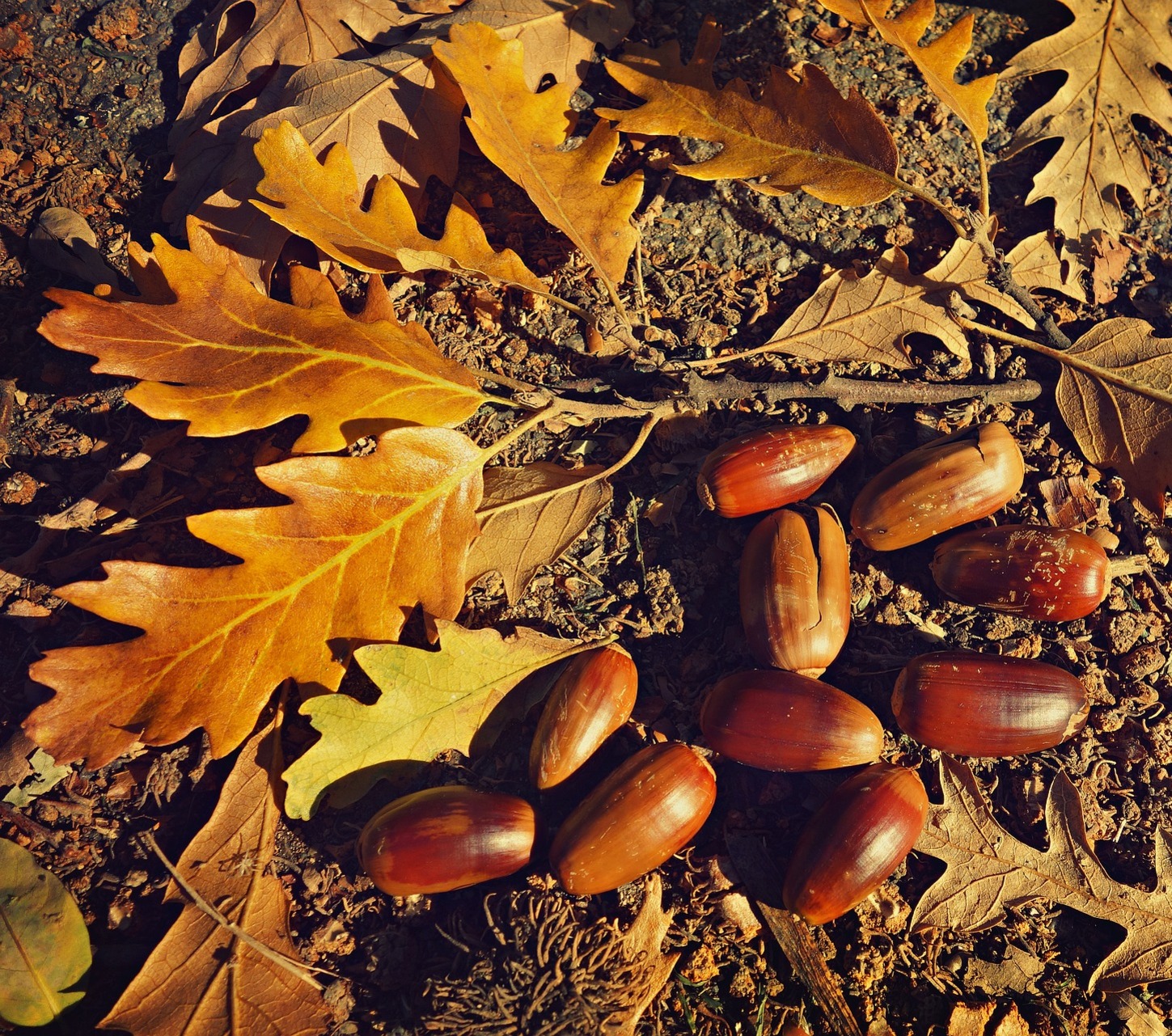 The amount of people who describe this annual influx and then go onto say its been like this for several years still amazes me; for most pest controllers the first action is to reach for the rodenticide.
There’s one problem with that approach, in order to get your customer completely free of their pests, you really have to understand the narrative and that means fully understanding the mechanism of infestation = where are the animals getting in? You cannot do that if you’ve poisoned off the problem and all activity has stopped, tracking, tracing and surveying will lead to the conclusion of the issue for once and for all.
All rodents have incredibly sharp incisors which have the same hardness as iron, materials like wood, plastic and in the case of squirrels, even mild sheet steel will not stop them gnawing their way into a property. Rats are incredibly tenacious and over time we have seen them round off the edge of house bricks in drainage pits, slowly enlarging a defective joint to allow access in the void behind where the pipes run into the structure.
Mice aren’t such a problem as rats and squirrels, but they will gnaw through plastic airbricks that are typically fitted at low level, the main problem with mice is that these tiny rodents are able to sneak in through the smallest of gaps which go unnoticed by us, combine this with the fact that they are champion climbers, we find mice will get in just about anywhere.
Squirrels have razor sharp teeth and powerful jaw muscles; they will literally tear their way in through the thickest of wood to gain access to the interior of a nice dry loft. You combine their first breeding season with the months of February through to April (we have found squirrel kittens in February) when its coldest, you can see how attractive your roof space is.
Squirrels are territorial and the newly pregnant female will need her own space in which to bring up her brood so finding a place that’s not already taken is essential, this means that for us, with two breeding seasons each year that the grey squirrel is constantly breaking into properties which never had any experience of having a pest problem.
Rats inhabit the sewers of our towns and cities and they use these in a way similar to our motorway network – the pipework has defects such as a broken lid on an inspection chamber or a cracked joint, rats use these openings to get inside the system and run around hidden from view and safe from predation.
All of these drains lead to properties whether commercial or domestic and internal faults allow rats to leave the network and gain access into the interior, when the weather cools down just like us they need more calories to stay alive and so the cold weather drives rats inside. Like mice and squirrels, rats are good climbers, and they can scale smooth surfaces like the inside of modern plastic pipes, we’ve been called out to a rat in a bathroom on the second floor of a house in Maidenhead where the rats scaled the pipes leading to a new loft conversion.
Older pipes that are made of vitrified clay will have a degree of scale build up inside making the surface even easier to climb and cast-iron stack pipes; these are the pipes that sit on the outside of buildings and have a vent at the top to equalise pressure in the system, have a rough interior from corrosion of the metal and might as well be a ladder for rats. These pipes should have a metal cap or balloon at the top to prevent rats from simply climbing up the pipe and leaving via the top.
The teeth and claws of a grey squirrel: these will tear through wood, plastic and even mild sheet steel 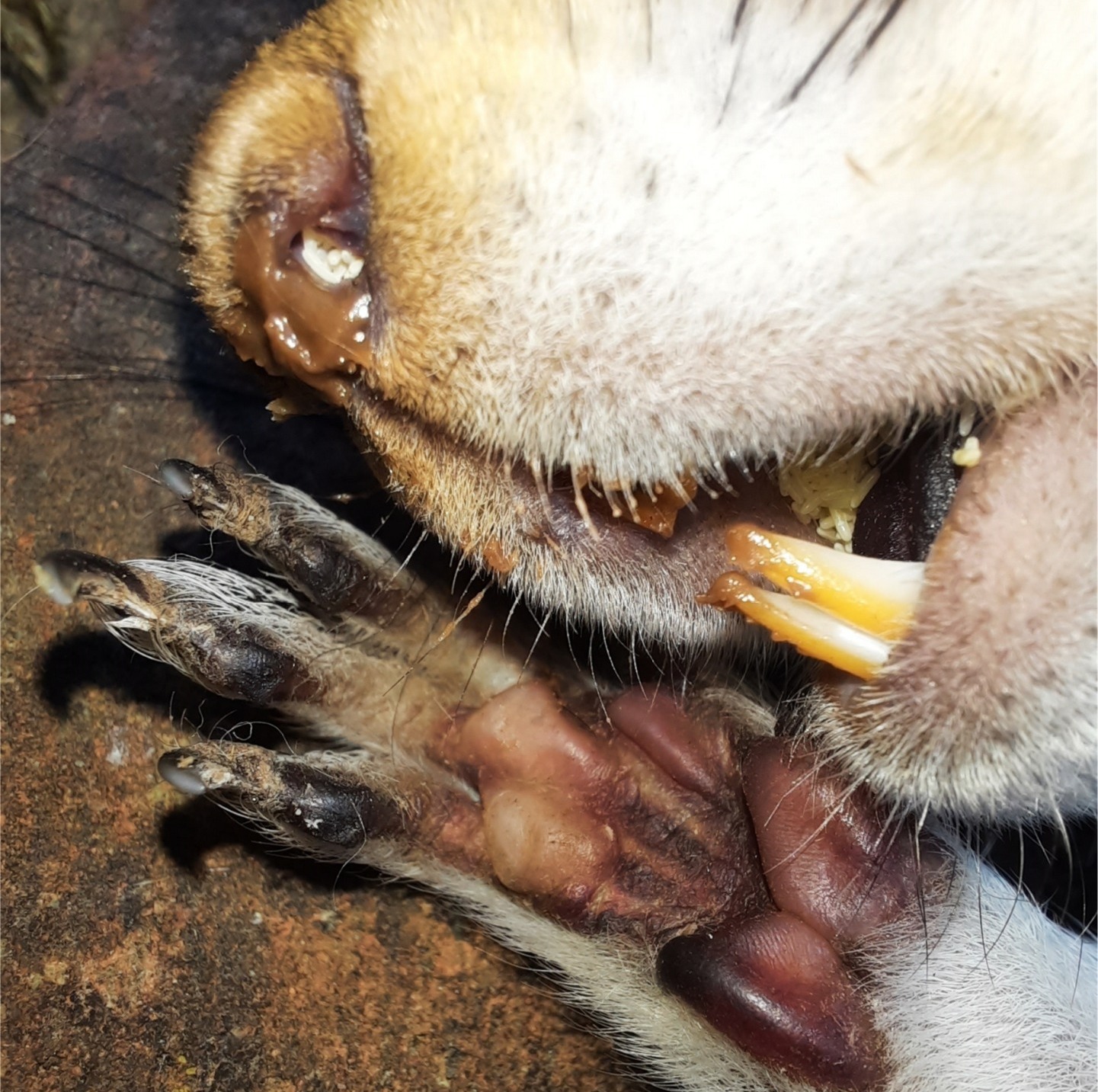 Plastic airbricks are routinely attacked by mice as well as rats 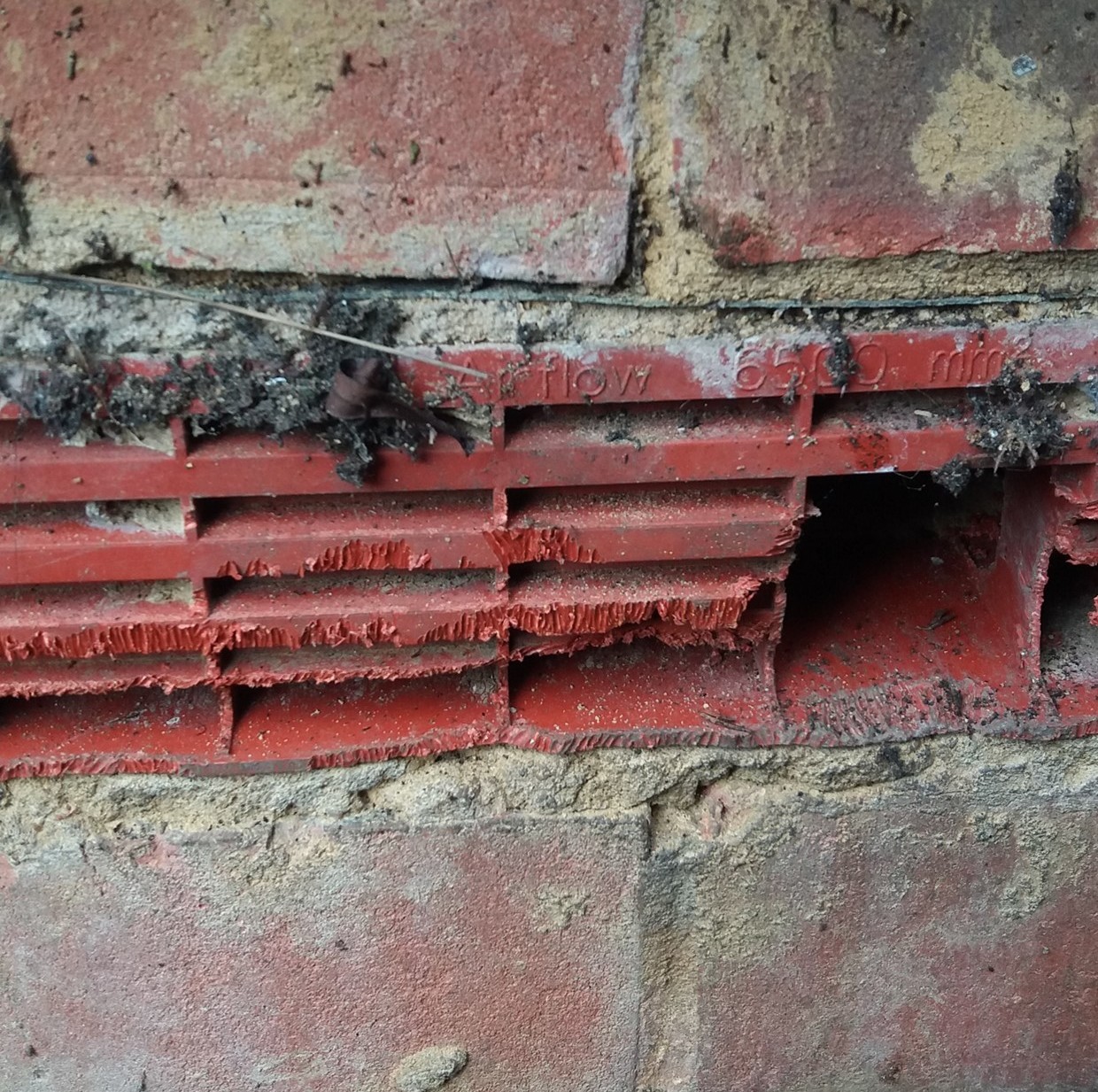 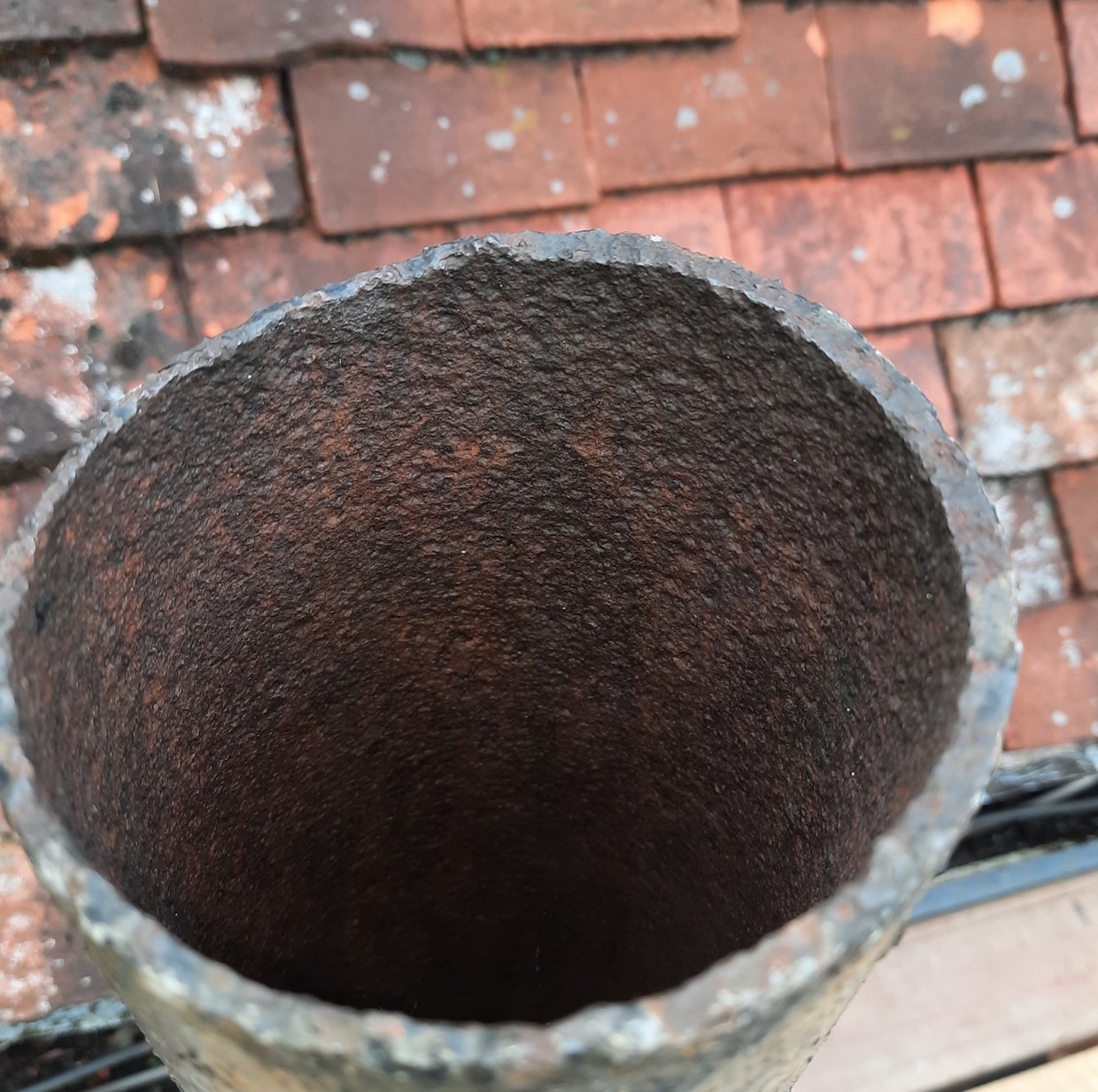 Cluster flies – another pest looking for somewhere warm and dry.

The term cluster fly is given to a group of small flies that live outside during the summer months but have the unusual habit of migrating indoors in huge swarms during the autumn. These flies are important pollinators and they lay their eggs in the soil where the larvae will become a parasite of earthworms. The problem starts throughout early autumn after the adult flies emerge from pupation as they seek out dry and cool areas in which to hibernate, the ideal place for cluster flies are lofts, roof spaces and wooden sash window frames and the numbers of flies may easily be in the tens of thousands; more than you can treat with a tin of fly spray, hence the term cluster fly.
Likewise there are many other species of insects that will look to find somewhere dry and cool in the autumn, you may or you may not consider these to be pests but we’ll see other species of fly, ladybirds and harlequin beetles along with spiders, who will all take up residence in homes and businesses across the Maidenhead area. 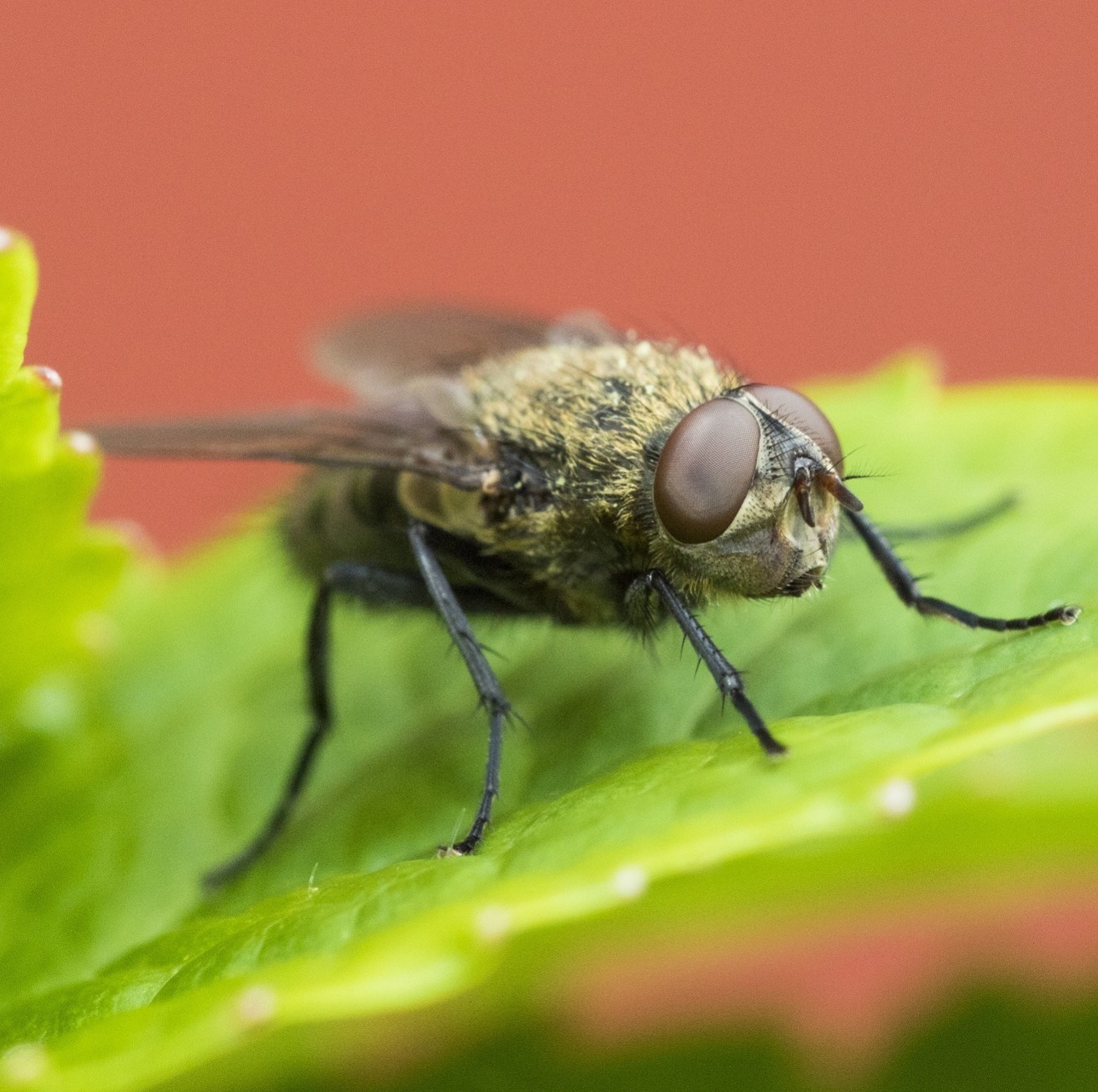 Spiders are another type of insect that maybe considered as a ‘pest’ by some people, it’s true that as the weather cools down, you’ll suddenly find more and more spiders in your home but I use the term ‘pest’ loosely because when you think about it; who is the better controller of flies than spiders?
Are spiders really pests? The difficulty with treating spiders as pests is that we rely on professional insecticides to work on a residual basis; this means that the treated area remains active long after the chemical has dried. Spiders will not spend any time on treated surfaces as they walk about on eight tiny claw like feet and then spin a web, which they sit inside. A spider won’t absorb enough of the active substance to kill them rendering treatments ineffective and completely pointless – you are better off with a glass and a sheet of paper along with an open window for dealing with spiders.
The one species of spider that you are most likely to encounter during the autumn and winter is the house spider; these venture indoors during their mating season which runs through August and September. House spiders are the UK’s biggest species of spider, measuring around 10 cm across the span of their hairy legs, these spiders are relatively harmless to us, and they are more of a nuisance than anything else. 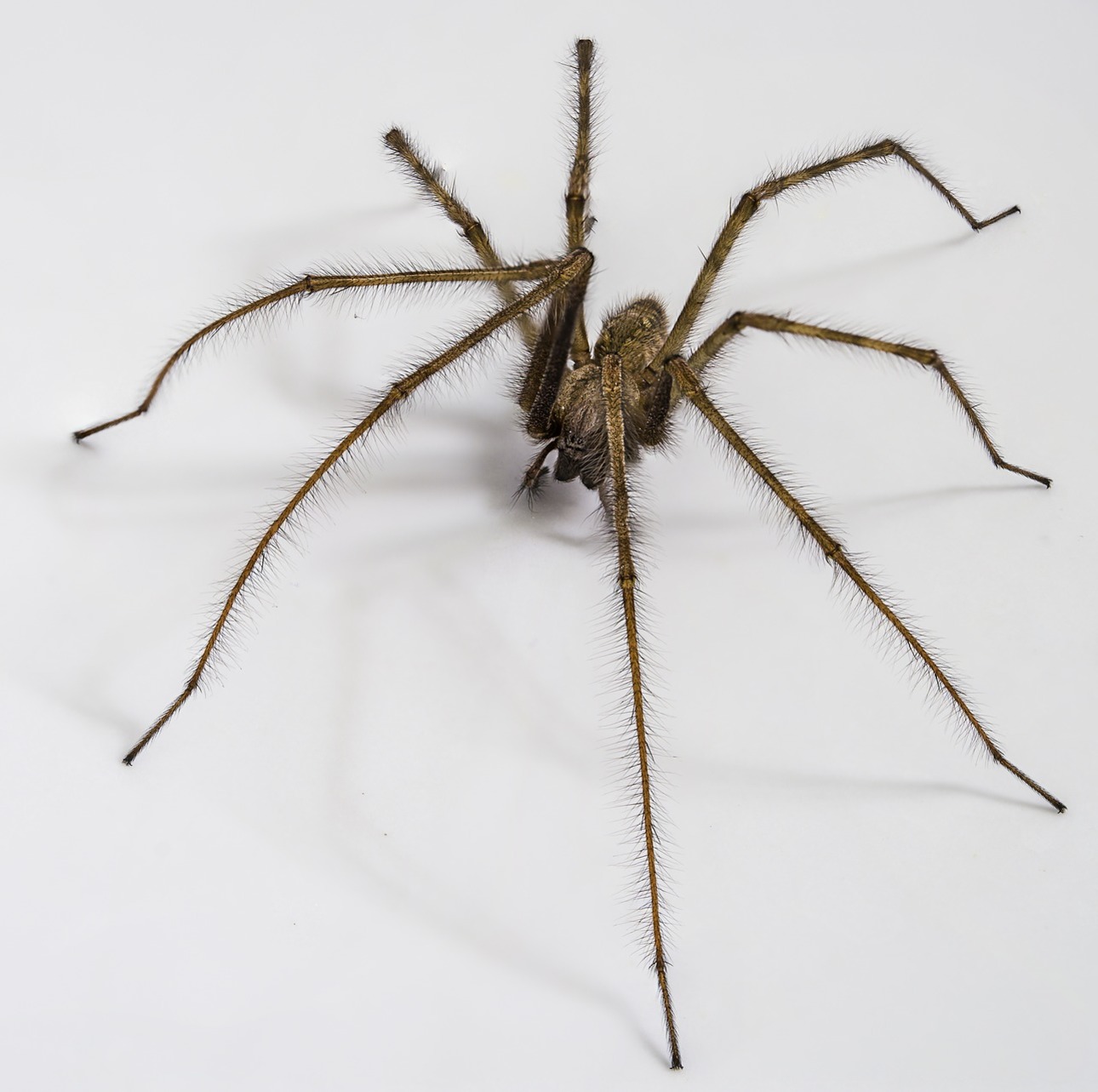 • Tidy up the garden: rake up fallen leaves and place in a compost bin, the reason why is that windblown leaves collect in corners and down the sides of buildings where we tend to venture less during the winter, these leaves may mask defects in airbricks and they will also provide cover for rodents to more around in.
• Preventative maintenance: before the autumn storms roll in, have a look at the state of the roof and soffits and fascia’s, it’s the right time to carry out those little jobs that you’ve been putting off when the weather was warmer; that broken roof tile or missing piece of fascia? Replace or repair these to help keep out squirrels and mice.
• Sort out the mancave: if your shed is a mess, you’ll have no idea if something is living in there or not and the autumn is an ideal time to sort out these outbuildings and sheds, who knows? You may uncover the fact that you’ve got rats living inside the shed; the question to ask yourself is will they stay there when it gets really cold?
• Clear out and unblock: rainwater guttering and surface drains get blocked with leaves and moss and this is especially important regarding the kitchen drain, as this will contain small pieces of food, rice, vegetables, and fat which is food for rats. Unblock these drains and clean up any residue fat with a degreasing solution to leave no trace; bleach is great at removing odours.
• Feeding our feathered friends? If you have bird food or dog food in the shed make sure that these containers are strong enough to withstand rodent teeth; a thick plastic container may work if it’s got well rounded corners but don’t expect anything plastic with an edge to keep out rats. I would recommend that you keep food items in metal containers, something like an old metal filing cabinet is ideal to keep animal feed in.
• Trim those bushes: be sure to cut back any vegetation that’s crept up the side of the house during the summer growing season, it’s easy to ignore ivy, vines and creepers but these will push up under roof tiles creating openings for mice and possibly rats. As a rule don’t allow plants to get onto the roof of the property, we underestimate the climbing ability of mice and roofs are designed to allow air in but keep the rain out – mice will find a way inside.
• Cut back: reduce the size of any tree branches that are reaching towards the house as squirrels will jump quite a distance – stretch your arms out wide = the distance that they can leap is just a bit more than that so there’s you’re cutting guide. Its worth remembering that rats are able to jump over a metre from a standing start.
The aim of this guide is to for you to be pest free, a few small changes done now could save you the expense, the hassle and the fear along with the cost of a rodent infestation this winter.
Tagged as: Insects, mice, Rats, Squirrels
Share this post: