Posted on 26th November 2019 at 07:13
Charming, persistent, acrobatic and intelligent – all words that can sum up what we think about the grey squirrel, however these animals have a much darker side and many people involved in pest control, forestry and farming may use alternative words such as vermin, destructive and nuisance.
Grey squirrels divide opinion because as a non-native species that was introduced into the UK back in the 19th Century they are responsible for the demise of our native squirrel and damage that costs hundreds of thousands of pounds. With no predators in the UK, there is nothing to check the population and we have seen an explosion in numbers with no means of control.
Grey squirrels are found throughout England and Wales with the population now spreading through the Scottish Lowlands and through Ireland – both North and South. Red squirrels have a foothold in the south of England on Brownsea Island and that’s it.
The grey squirrel is classed as a destructive no-native species; these are a group of different animals and plants that have been introduced to the UK either deliberately or by accident, they include shellfish and insects like the Asian hornet.
With regards to the grey squirrel, this means that you can live catch them but not release them – by doing so you are breaking the Countryside Act and liable to face prosecution.
Click on this link to find out more about non-native species and their impact on native wildlife. 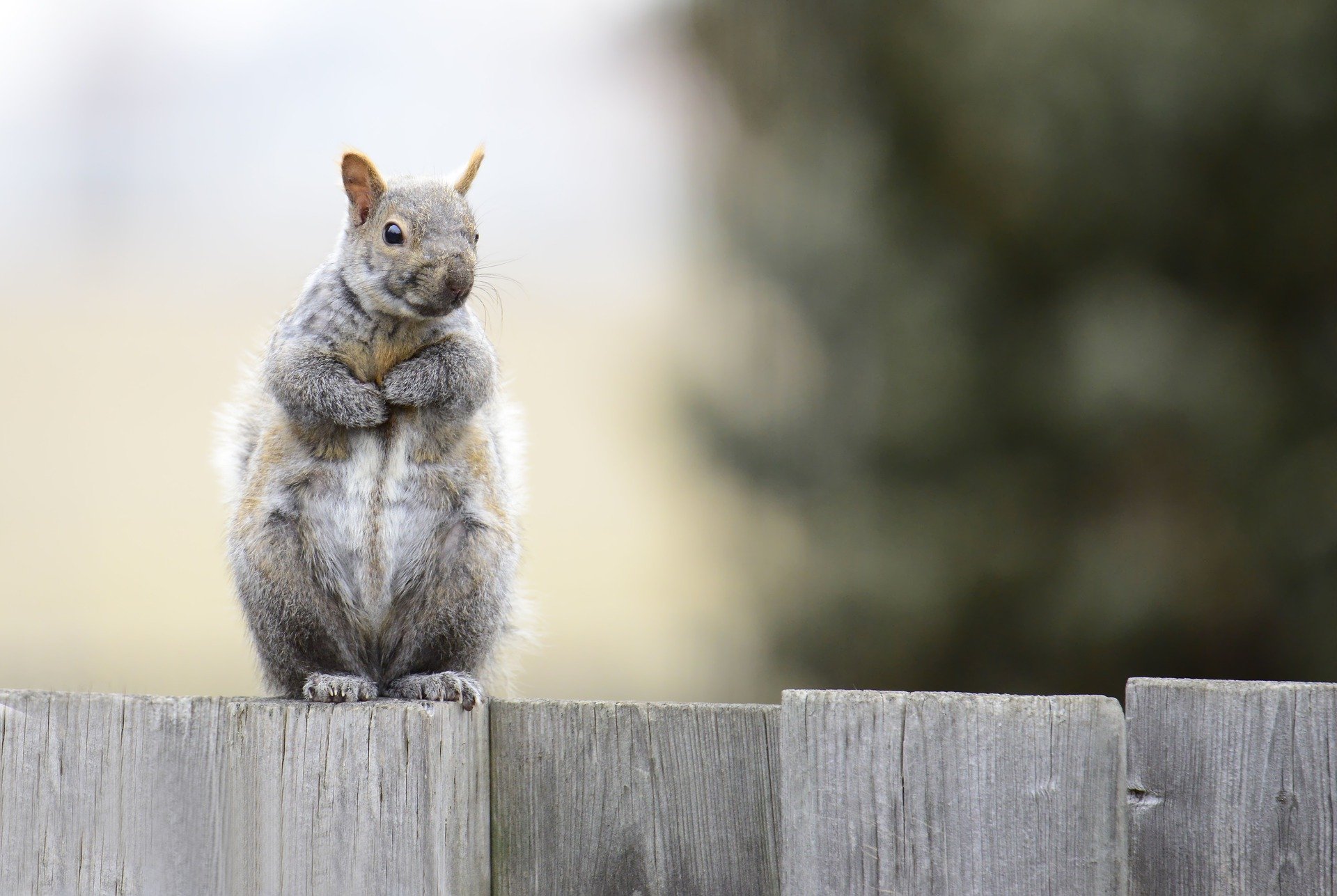 Squirrels are considered destructive due to their habit of removing the bark from young tree’s; they simple gnaw away and if they remove the bark form the circumference then the tree will certainly die – this is called ring stripping. The squirrels do this to get at the sugars contained in the soft cambium layer that sits at the base of the bark.
The squirrel population is thought to be around 2.7 million strong and as larger, stronger relations of the red squirrel they have pushed these out of the broad leaf woodlands into the coniferous forests found in the north. The red squirrel tends to feed higher up in the treetops and with a smaller face they can remove seeds from pine cones much easier than the greys.
Grey squirrels are omnivores and will eat seeds, fruits, bark, eggs and meat when they can, urban domestic gardens with bird feeding stations are ideal sites for grey squirrels and they have taken advantage of us because we are a nation of bird lovers.
The grey squirrel is a major predator of woodland birds in the United States and here in the UK not only do they compete for nesting sites especially those within cavities in tree trunks which would be the home for species such as the tawny owl, but it is thought that they actually specialise in taking chicks and eggs as an alternative food source.
The greys also compete for food eating large amounts of seeds and buds which form the food resources for our native bird population.
Another difference between grey and red squirrels is that their main staple, the acorn, can only be eaten ripe by the little reds – the greys can digest the poisonous tannins found in unripe acorns giving them another advantage. You can see the effects of the tannins in young squirrels as they become hyperactive – the term “squirrely” effectively means someone who is acting strange or unpredictable.
Click on this link to find out more about damage caused by the grey squirrel. 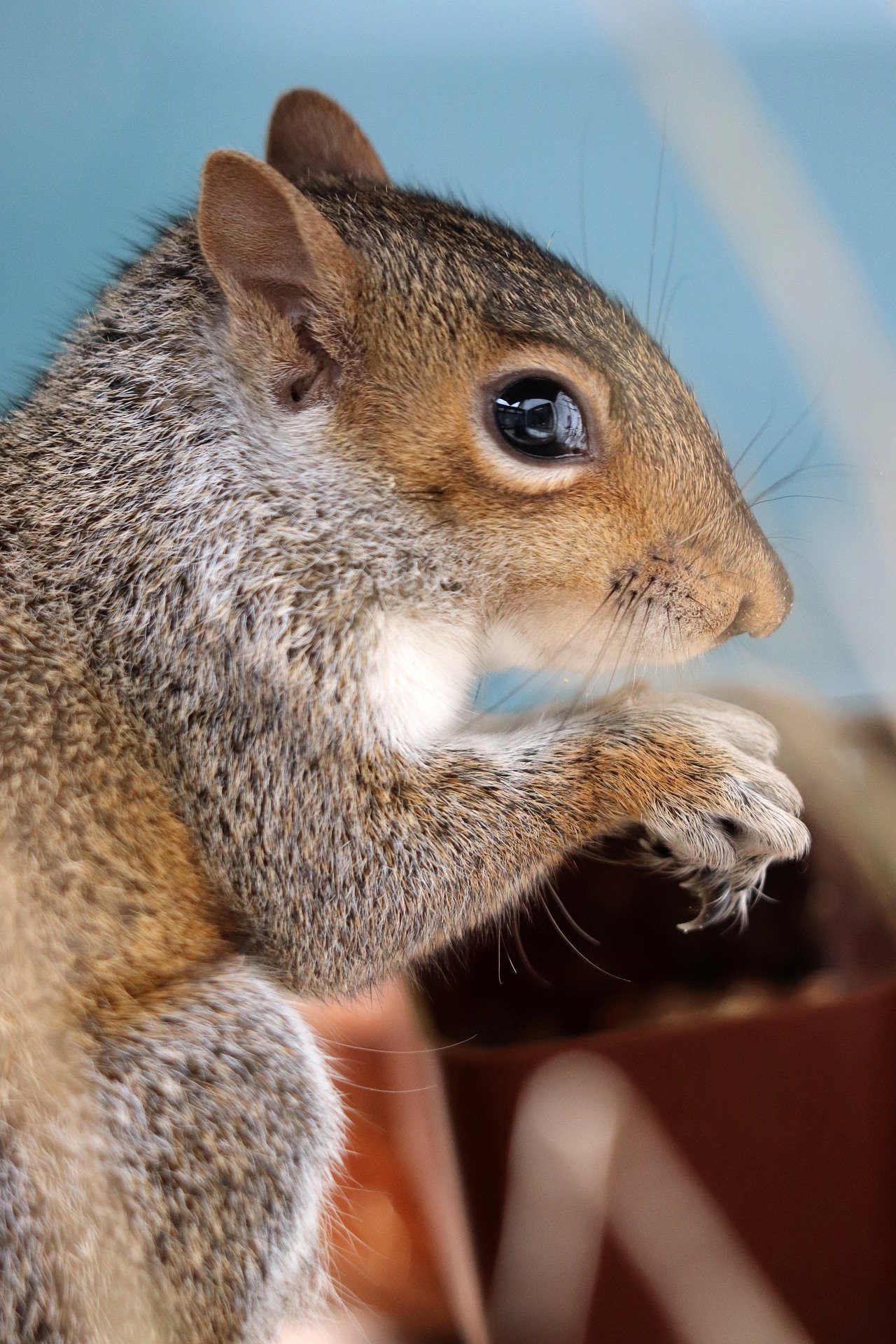 What does this mean to use?
Well, with numbers soaring and competition for nesting sites and territories at an all time high, we are seeing greater numbers of squirrels entering lofts of houses especially in urban areas.
As omnivores they can eat just about anything, so they are leaving the woodlands and setting up in towns – rather like seagulls.
Squirrels have two breeding seasons each year, so they need to find a warm, dry place in which to give birth and raise their young – and what better place than your loft? Equipped with incredibly sharp teeth and strong jaw muscles your wooden or plastic fascia’s are easy work for a mature squirrel; they can even gnaw through thin sheet steel.
Once inside the loft they will scrape the insulation into a great big ball which they may line with materials found further inside the loft like ripped up plastic bags or soft furnishings. They tend to defecate in one or two places like a latrine and this can be noticeable in the rooms below, and just like rats, they can gnaw through electric cables.
The grey squirrel has a destructive nature and that’s why we trap these, remove the caught one’s and then seal up the entrance point, cute they maybe but they’re unwanted guests when living upstairs. 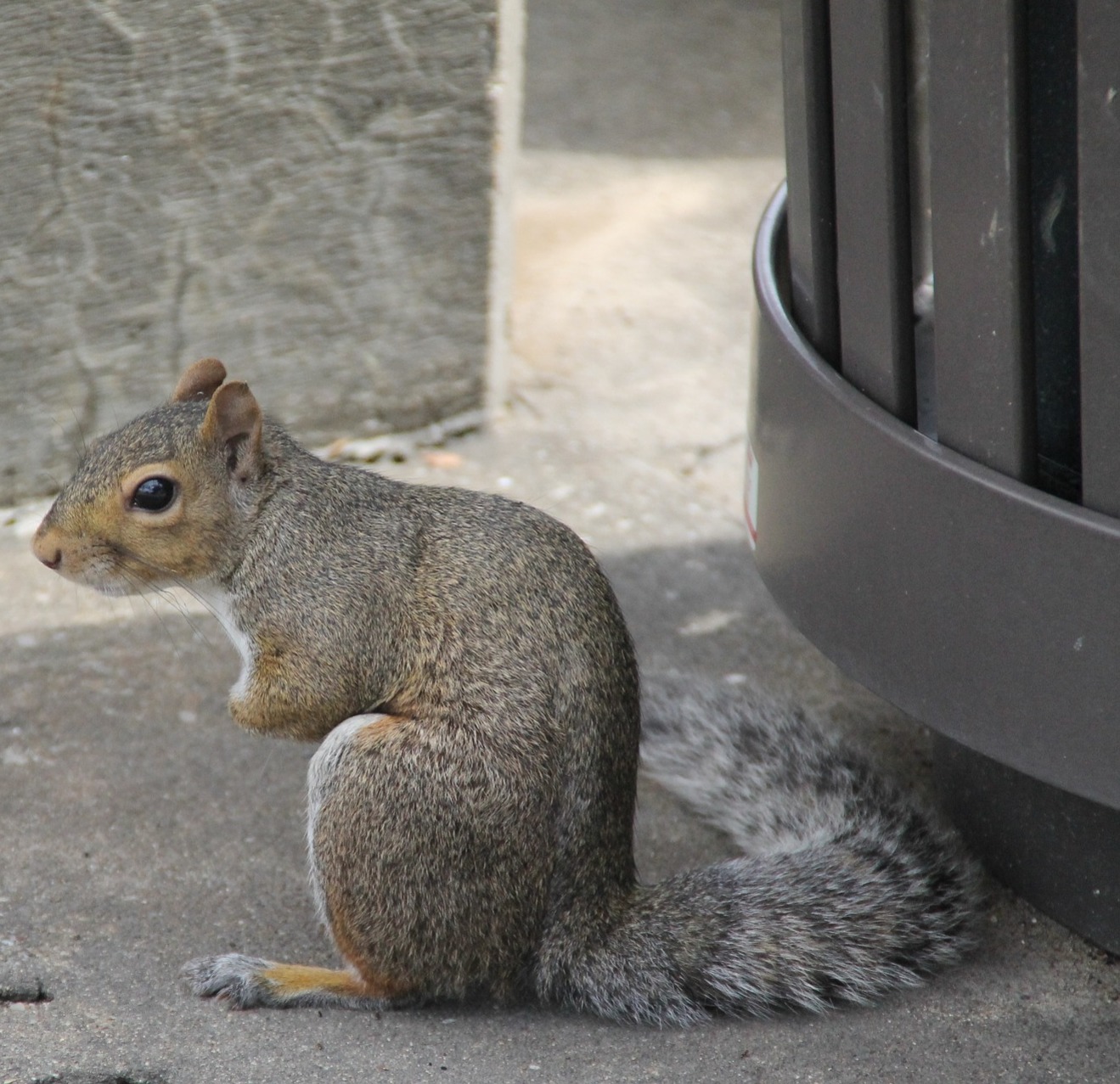 Map showing the spread of the grey squirrel and the decline of the native red squirrel population.
If you have a squirrel problem in Maidenhead, Marlow, Windsor or Ascot give us a call as we can offer you a solution involving trapping and removal and proofing to ensure that they don't get back in.
Tagged as: Squirrels
Share this post: