Posted on 17th June 2019 at 07:37
At this time of year we are getting a lot of calls for wasp nest removal all over the Maidenhead area and these are starting to become more noticeable; don't delay on getting a wasp nest removed as these insects grow in numbers rapidly.
A recent wasp treatment carried out in Woodley, we cover an area from Henley-on-Thames, Windsor, Ascot, Bracknell, Maidenhead and Reading.
The interior structure of a wasp nest.
Wasps like bees build a honeycomb structure: the hexagon shape is the strongest design for the least amount of materials; super engineers bees and wasps.
They don't re-use the individual cells meaning that the nest will grow in the void that it sits in, for nests in bushes they form the classic wasp nest shape which is like a fat rugby ball (only something that you wouldn't want to play with).
An egg is laid in each cell which is then attended by the drones: these are the wasps we see flying around, they don't mate or even feed themselves; their job is to fetch food and protect the nest.
The drones bring in insects for the larvae which they mash up with a sharp set of mandibles, they mix this with saliva into a porridge and feed it to the larvae.
In turn when the larvae excrete this is what the drones eat: a sweet solution similar to honeydew that is produced by aphids.
Whenever we treat a wasp nest we will see some drones on the outside and then as we start the treatment and we'll find many others inside the nest.
Roughly half the numbers are out foraging for insects; if we're treating a nest in a loft and we make a mistake we're soon surrounded by loads of angry wasps. 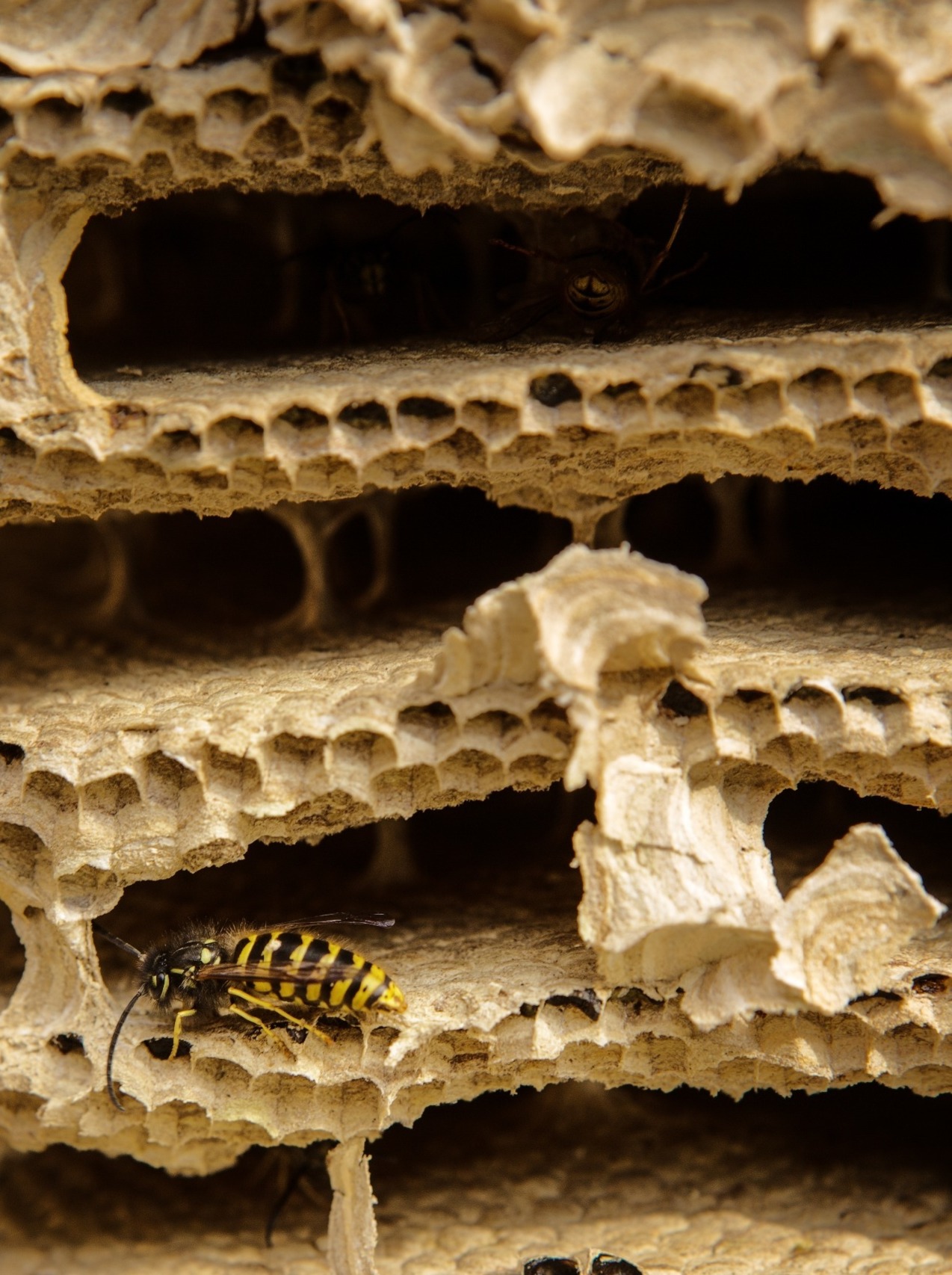 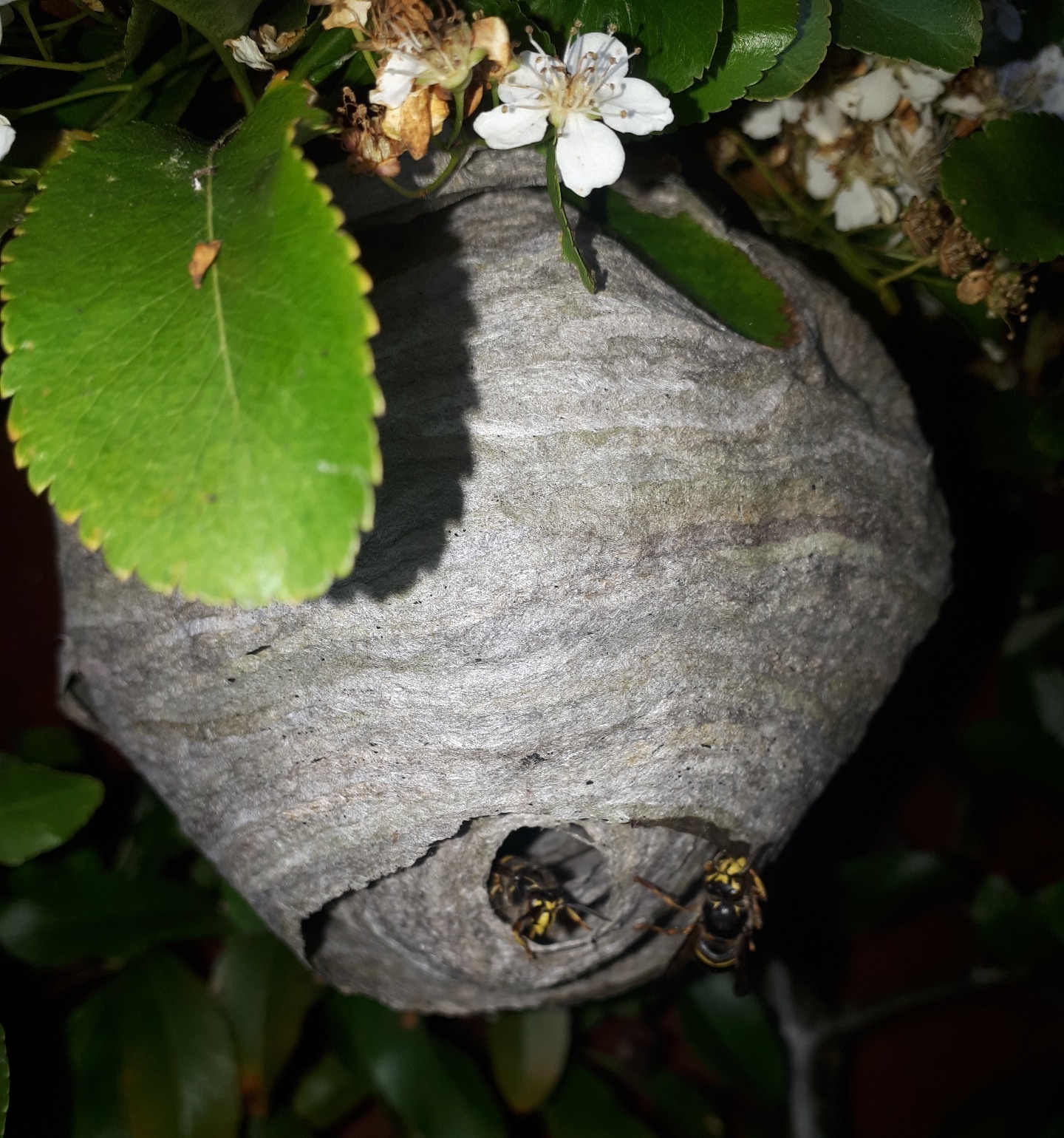 Saxon Wasp nest in a bush
This is a good example of an early wasp nest; this was taken out of a bush in Woodley Saturday 15th of June. Inside you would find the Queen along with a dozen drones, there will be around 100+ capped cells with larvae pupating into drones; we see exponential growth of wasps.
At the moment drone numbers are around 30+, within a few days if left untreated it would be 150+, a week from now it will have grown to 300+ and by the end of August numbers would be in their thousands.
This growth is why we don't recommend leaving a wasp nest to see if it will go away; these are European wasps and very aggressive, they were also in a bush about five feet from the ground and the householder had already been stung when he was mowing his lawn.
The nest is constructed from wood pulp - usually scraped off fence panels and grey in colour which is a sure sign that this is the European wasp.
Here at Maidenhead Pest Control we carryout wasp nest removals seven days a week - our technicians are trained and equipped with the best PPE that we can get, wasps and hornets are treated within 24 hours of getting your call.
wasps
Tagged as: Wasps and bee's
Share this post: