Wasps, bee's and hornets - a guide

Posted on 21st May 2019 at 12:56
We have produced a quick visual guide to the different species of wasp, hornet and bee that we often get called out to across Maidenhead; we don't treat bee's and this is explained.

Wasps, bee's and hornets - a visual guide to pests in Maidenhead 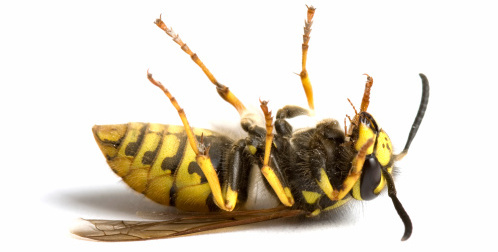 Wasps
Two species of wasps commonly found around Maidenhead: the common wasp and the European (German) wasp.
Live in large colonies with a single Queen wasp in charge.
Each drone holds around 15mg of venom.
Cream coloured nests and grey coloured - all made of wood pulp.
Most active months - June, July and August.
Regarded as a pest and should only be treated by a professional pest controllers.
Honey bee's
Honey bee's will defend their nest and can be a problem if this occurs under roof tiles or behind wooden cladding on buildings.
Honey bee's manufacture honey and store this for the winter months so if undetected they can be in situ for years.
Honey bees will move from their nest which is known as a swarm; this occurs from early May to late July although a warm spring can bring this forward.
Not regarded as a pest and should be rehomed rather than treated by pest controllers.

Hornets
Our native hornet the European hornet is found mainly in and around wooded areas; Maidenhead has a lot of these and so its common for us to get called out to these. The Asian hornet is an invasive species which predates on honey bee's and will be a big issue over the coming years.
50mg of venom per hornet - that's three times as much as a wasp along with another compound that reacts to our pain receptors - dangerous to treat without full PPE. 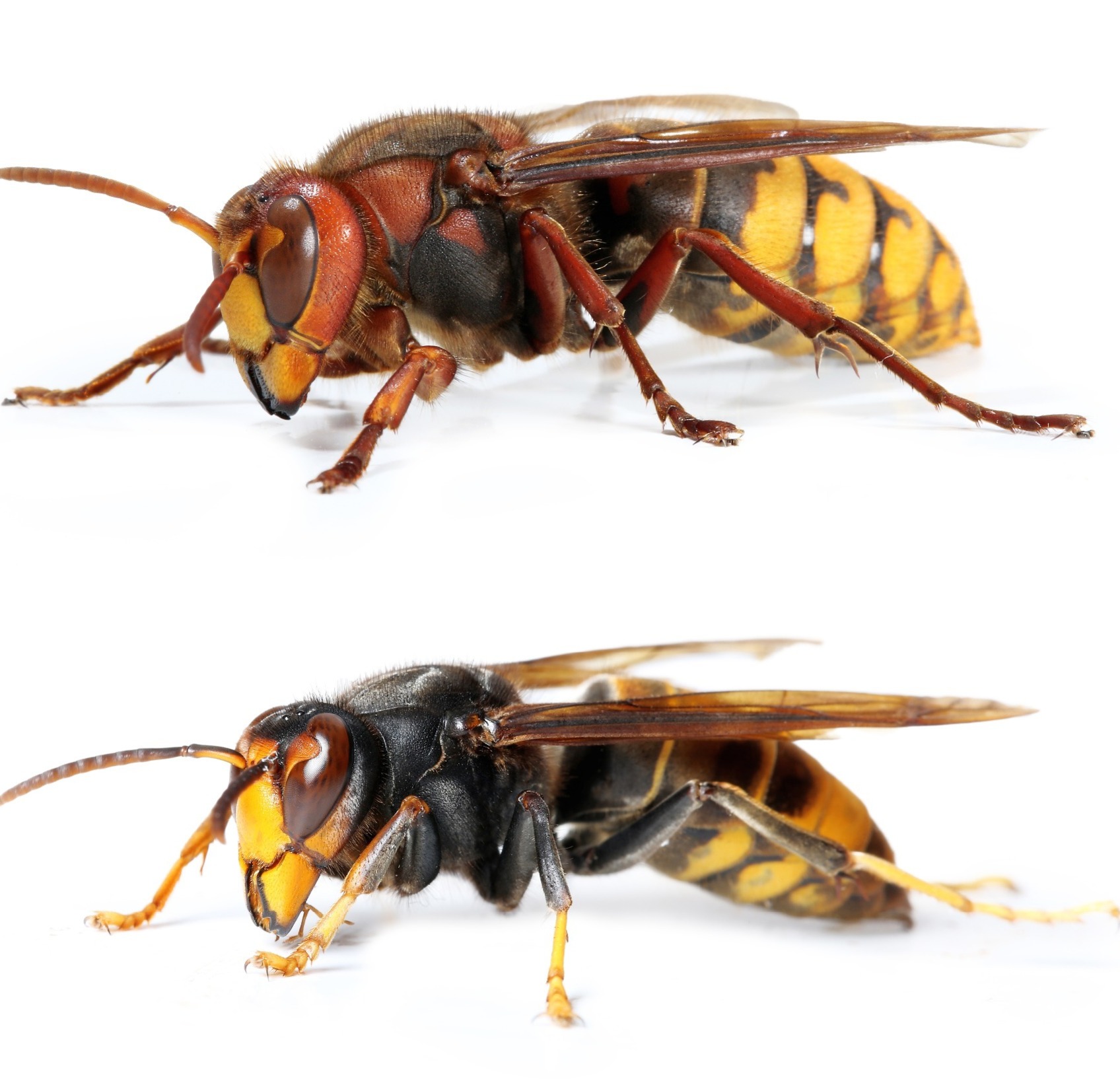 Top - the European hornet, a pest but not a threat to bee's in the UK.
Bottom - the Asian hornet; much darker almost black with a broad yellow band on its abdomen and yellow legs. These are considered to be dangerous due to the numbers of hornets in a nest and will attack anything within 5 metres of that nest.
Bumble bees.
Where would our summers be with the humble bumble? The name bumble bee comes from its early English name of the humble bee.
Living in small colonies - around 50+ and these insects pose little threat, they have a stinger and will sting if provoked or trapped inside someones' clothing.
Best to leave or try and relocate - we don't advocate treating bumble bee's as these are important pollinators. 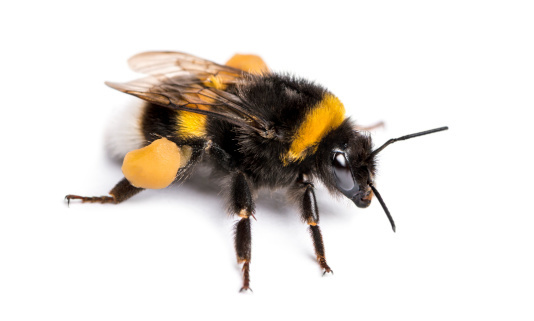 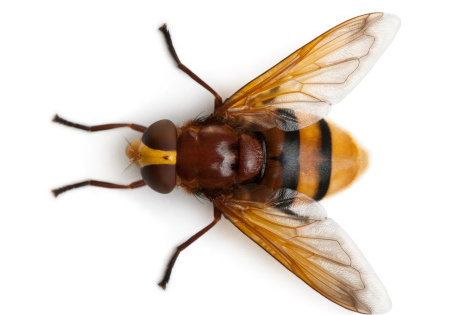 Hoverflies
Pollinating insects that mimic wasps and hornets; over 90 species throughout Maidenhead and Berkshire - completely harmless. 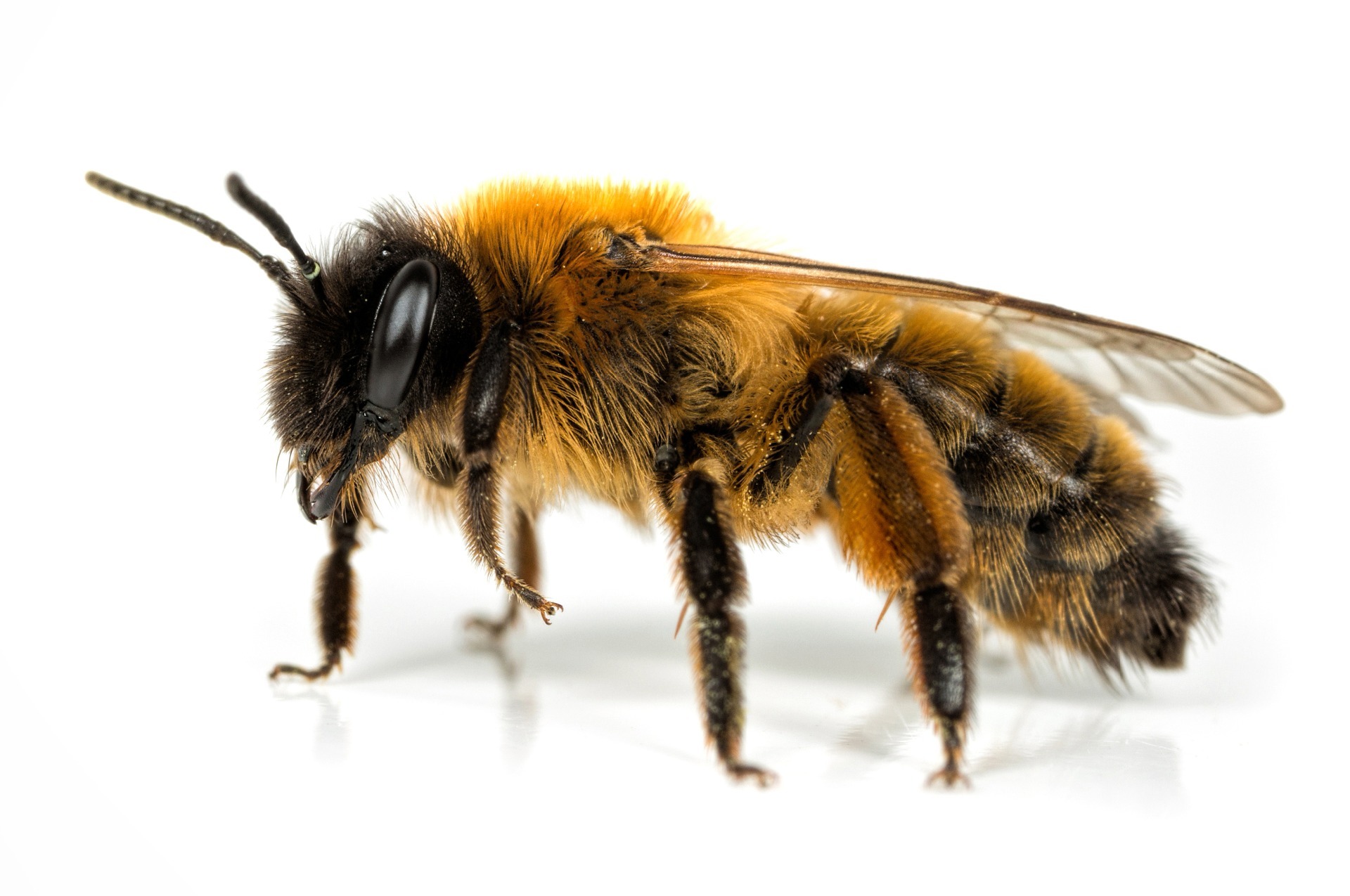 Mining bee
A solitary bee that will nest en-masse in a suitable site, with no stinger these lovely insects are pure pollinators and therefore no risk (my favourite bee).
Maidenhead Pest Control
We believe that we have a duty to be ethical in all our pest control treatments and how we deal with wasps, hornets and bee's should be the same.
We will recommend that honey bee's are relocated if found in a building void such as chimney; legislation requires us to seal the treated area to prevent wild bee's from becoming contaminated if in case they stumbled on the left over honeycomb.
Most chimneys are in use; it maybe a gas flue and therefore impossible to seal. Specialist companies exist to open up, remove the bee's and then make good and that is what we recommend for honey bee's.
Mining bee's emerge in late summer; in the event that they are in a wall then the autumn is the time for repointing and making repairs.
Mining bee's emerge from well drained sandy soils in late August, often in huge numbers and can be frightening for those that believe them to be wasps.
Small, furry and clumping together in groups this is the nuptial flight and is a spectacle that should be enjoyed.
We guarantee all our wasp and hornet treatments and we believe in an ethical, informed pest control service where our customers are our priority.
Tagged as: Wasp, hornet or bee - a guide
Share this post: