Holy Moley - moles on the move in Winkfield

Posted on 25th November 2018 at 10:45
We are starting to see an increase in mole catching requests; they have had a awful summer with the ground set like concrete and now its time to build their territories before winter freezes the ground and before the breeding season sets in.
Moles are solitary animals and generally avoid one another as they go through their day to day business; the moles’ home territory will overlap with others around and when they reach a shared section of tunnel they will smell the soil inside to see if the other mole has passed through recently.
Outside of the breeding season they will fight one another so it’s best to avoid bumping into the neighbour when traversing those sections that are shared. This is the reason, when mole trapping around the Maidenhead area that we keep our mole traps in the ground for a while, to see if a noisy neighbour investigates the now empty set of mole runs.
Moles have different types of tunnel: feeding tunnels which have a random direction and depth, surface tunnels where they are almost exposed through the weave of the grass roots – probably eating chafer grubs and leatherjackets.
Finally they have connection tunnels that take them from feeding area to feeding area, these are usually straight tunnels at a constant depth – a great place to mole trap as they will be marching along at a good pace.
I often see more of these style of tunnels when it’s getting closer to the breeding season as I can imagine the boars moving about looking for the lady moles, so I was surprised to see this run of molehills at a job in Winkfield this week.
During our long hot summer we did very few mole jobs as the ground was so hard, in fact the few we did it was like concrete and those moles we caught all looked in very poor health. I would assume that those moles that survived what would have been lean times are now establishing a larger territory as possible while the grounds soft; getting ready for spring maybe?
Wherever you live around the Maidenhead area we provide a mole trapping service based on no catch = no fee. If we don’t catch it then you don’t pay – why would you pay for a service that didn’t deliver? 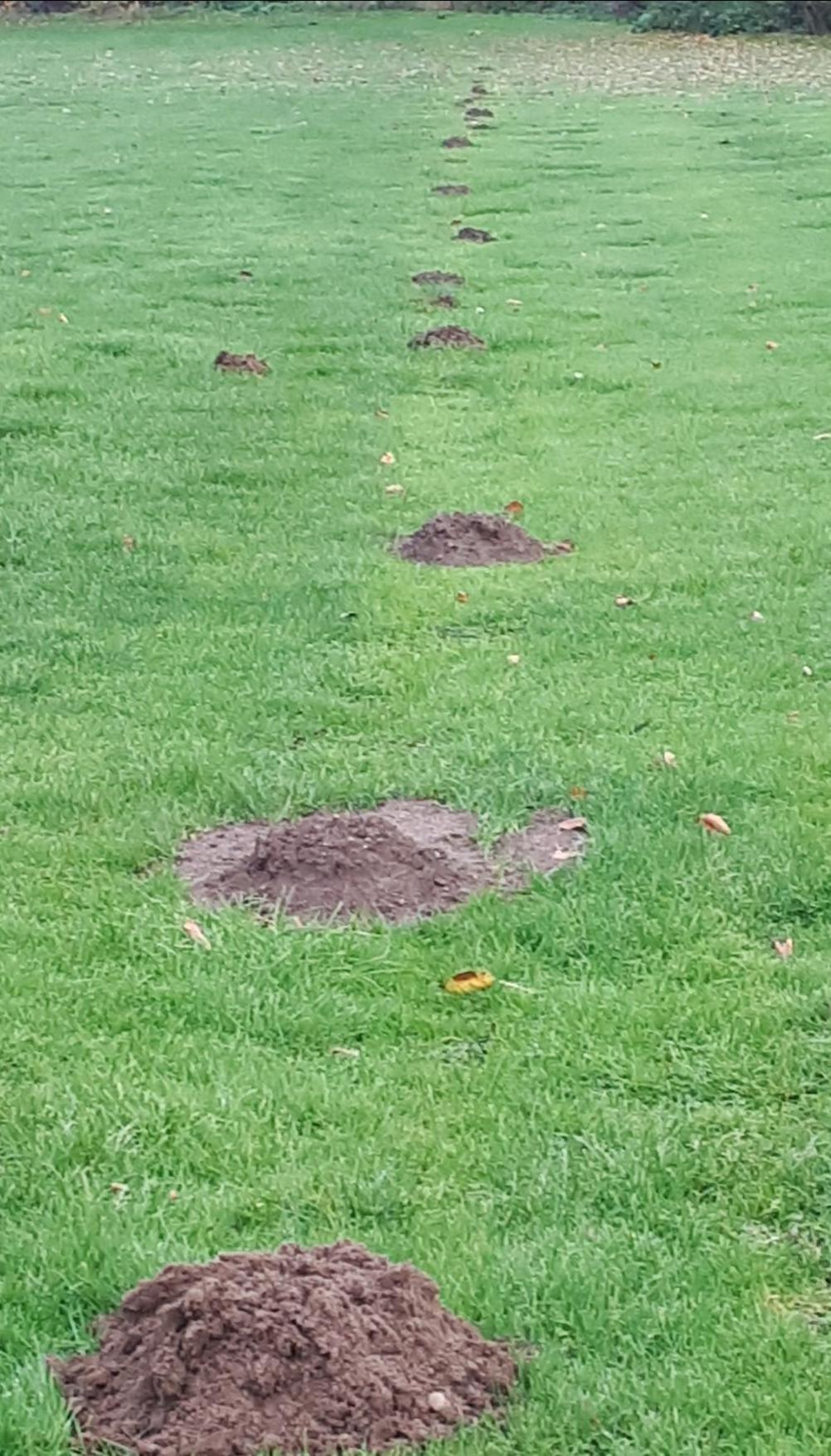