Posted on 27th June 2020 at 14:44
We deal with a wide variety of pests and each month see’s its mainstay pest, rats will be dominant through the colder winter months and moles have two periods intense activity but June is the month of wasps as pests and its the Saxon wasp that is our Pest of the Month! 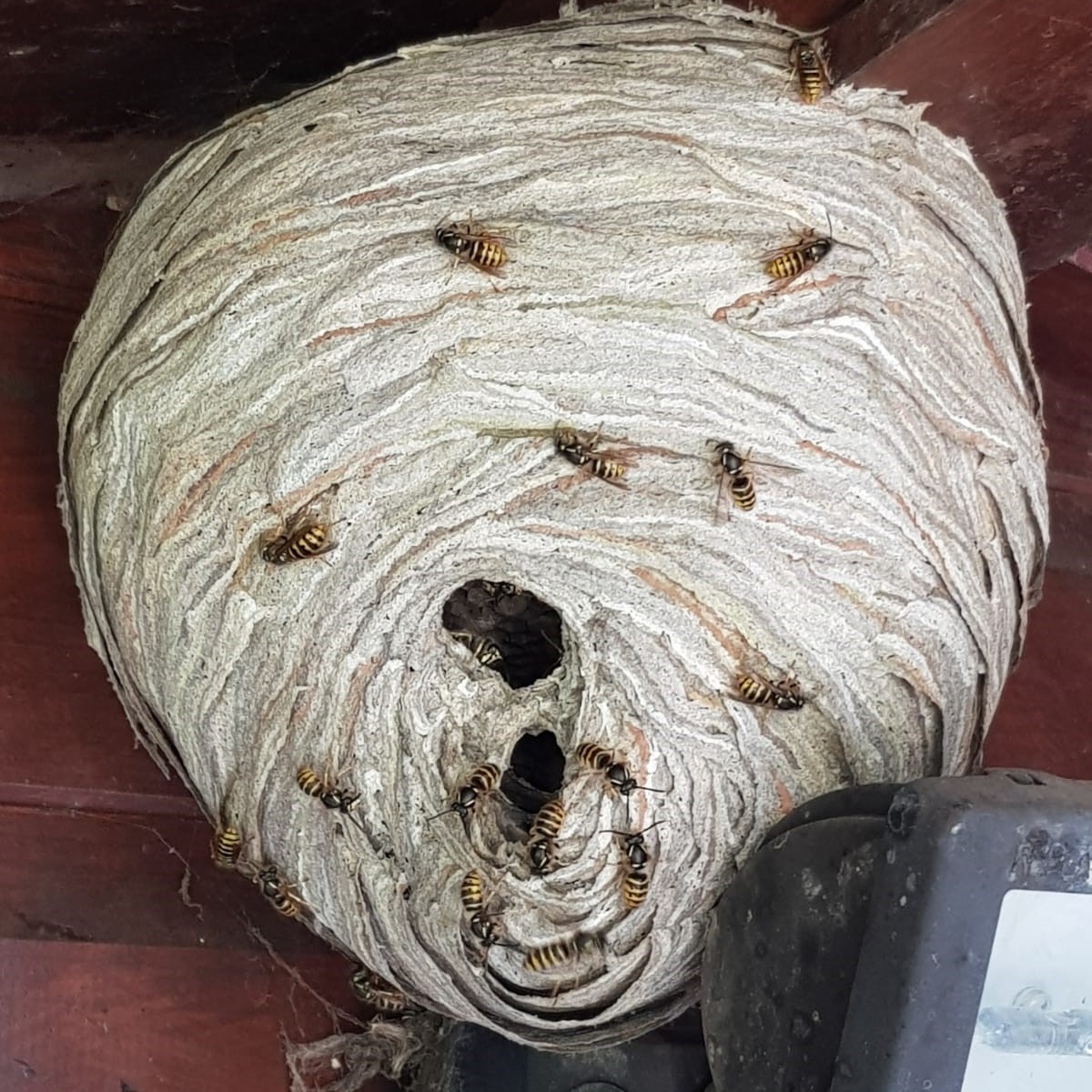 Saxon wasp nest hanging beneath the porch of a summer house in Windsor
Dolichvespula saxonica to give it its formal Latin name is a species of wasp that has migrated north to the southern counties of Britain from the continent and has been a regular pest for the last ten years. These wasps are more suited to warmer climates so they are one of the earliest to start building their nests and the first to finish, in fact, they are a real problem given the nature of their finish.
What happens inside a wasp colony is that a single Queen wasp is in charge, she starts the colony and lays the eggs that become the workers, and towards the end of her life she lays larger eggs that the workers will force feed. This alters the eggs chemistry so they form new Queens and the most interesting thing to understand about a wasp colony is the internal relationships; there is a symbiotic relationship where the larvae feed the workers in return for feeding and protecting them. Once the last of the larvae start to pupate – there is nothing left for the workers to do, at this stage the old Queen is dead and with no food to be gained these wasps (which may number in their thousands) simply have nothing more to do. 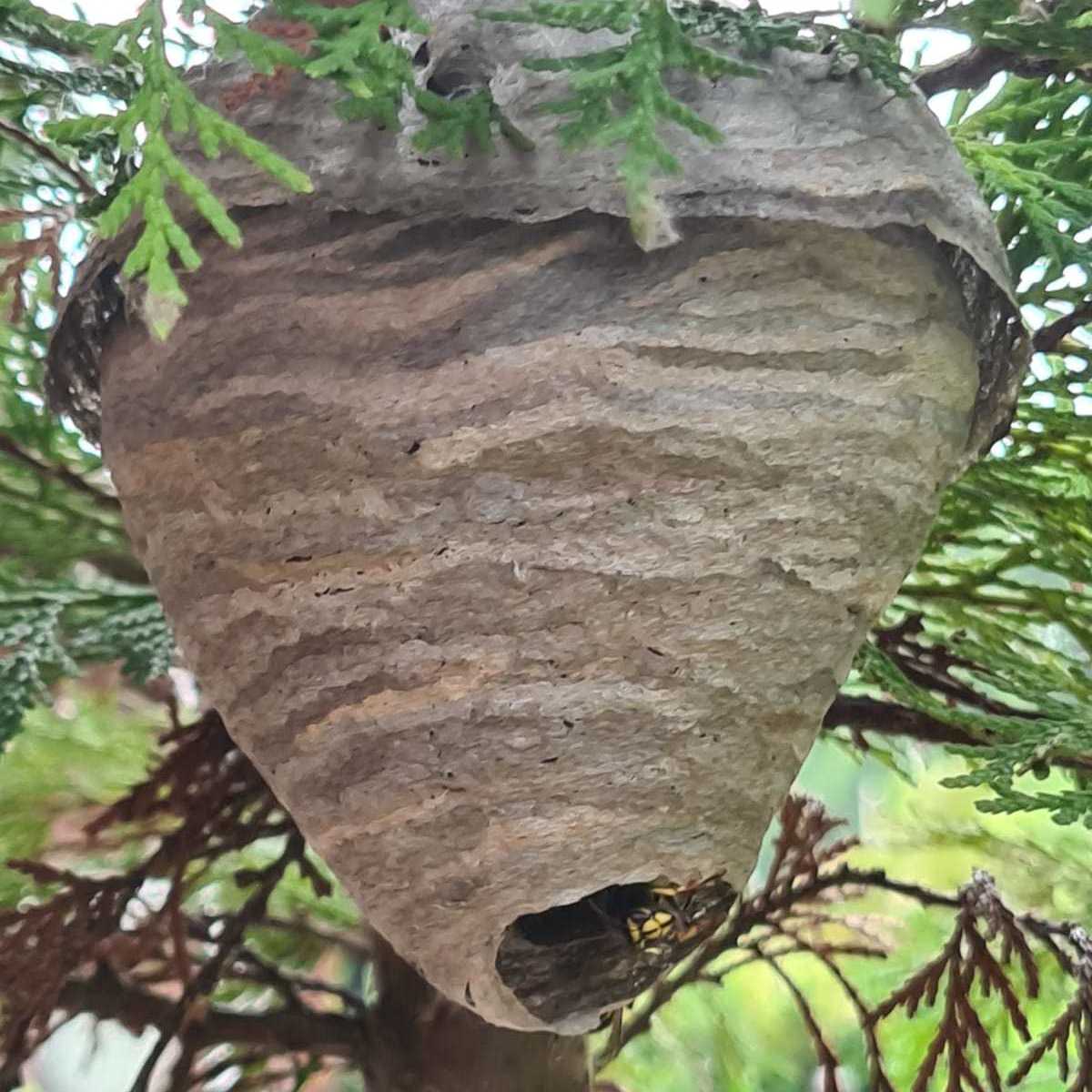 A typical saxon wasp colony can easily have over 2000 worker wasps which are now entirely devoid of instruction or purpose and of course, food. You will find the worker wasps everywhere, they don’t travel far as they are becoming weaker from starvation but they will seek out sweet liquids. Wasps are known for catching insects, however they do not have the ability to ‘eat’ solid food, the wasp mouthparts are designed for drinking liquids, which the larvae used to excrete.
Saxon wasps start building their nests in April or May and due to their origins around the warmer parts of Europe they used to build their nests hanging from a tree branch – think of the typical Winnie the Pooh type of bee’s nest for an idea of what they look like. As our climate tends to be wetter than southern Europe we now find these nests hanging from the eaves of houses and inside outbuildings like sheds. 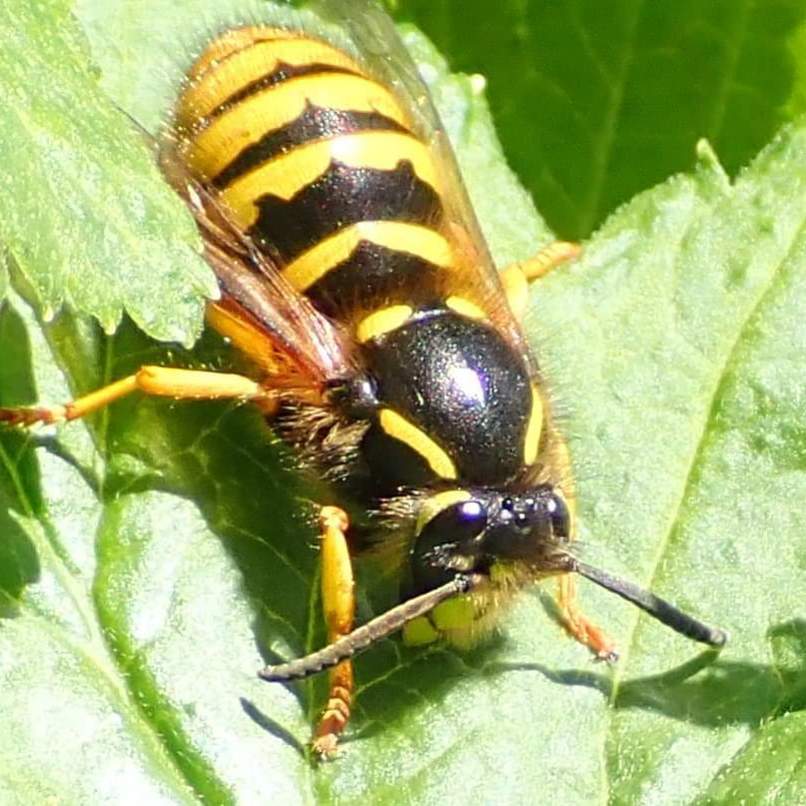 The wasp nests tend to be a grey colour as the workers scrape off wood from fences and garden furniture, they also have a distinctive shape which looks like half of a rugby ball with an opening at the bottom. Other species of wasps will have multiple openings on the sides and the top, saxon wasps only at the bottom.
This causes another problem as all the waste material from the wasp nest is going to fall out of the bottom and this material is a rich organic soup which becomes a breeding ground for harmful bacteria like E Coli and Staphylococcus.
The Saxon wasp prefers to be an urban dweller and we find that their nests will be bigger when built near houses and the population of worker wasps tends to be higher than those nests built outside in rural areas. Like all wasps when alarmed or interfered with they will release a barrage of pheromones alerting and activating nearby wasps to come to the colonies protection.
Our technicians have protective clothing to allow them to get close up to the wasp nest to ensure that the treatment is carried out correctly and they have a variety of chemicals to enable them to tackle any nest in any position.
If you have a wasp problem in Maidenhead or Windsor and you need a professional treatment, give us a call and we will have one of our technicians out to you within 24 hours of receiving your call, all our wasp nest treatments are guaranteed for your peace of mind and for a peaceful life.
Tagged as: Wasps
Share this post: