Why do rats live with us?

Posted on 10th August 2019 at 08:08
There's a hint of autumn in the air this morning, despite it being early August the storm that seems to be bent on wrecking the weekend is bringing temperatures down and blowing the leaves of the trees. Walking my dog my thoughts turn to the autumn and what this years’ going to be like and in one word – RATS!

Usually we see the requests for rat treatments in homes to drop right down to zero during the summer with lots of reports of rats living under sheds and decking. This year has been markedly different as we’re still doing internal rat infestations in high numbers.
Why are rats staying inside peoples homes?
Personally I would put population size at top of the list; rats will breed all year long if the weather is mild enough and they have sufficient access to food and good harbourage and we were finding baby rats in February. If the population is high then it makes sense for those rats to have taken up residence to stay put and defend their territory.
Rats need to water and a lot of it, whereas mice can extract moisture from the food they eat, rats need access to a constant water supply. An adult rat will drink around 60ml of water a day; that’s about the same amount found in a shot glass; as rats live in family groups we need to think in terms of a daily constant supply of water – the drains.
We see an almost total reliance on placing rodenticide in bait stations as the sole way of destroying a rat infestation; one of the largest UK pest control companies recommend this form of treatment which is pointless in my opinion. 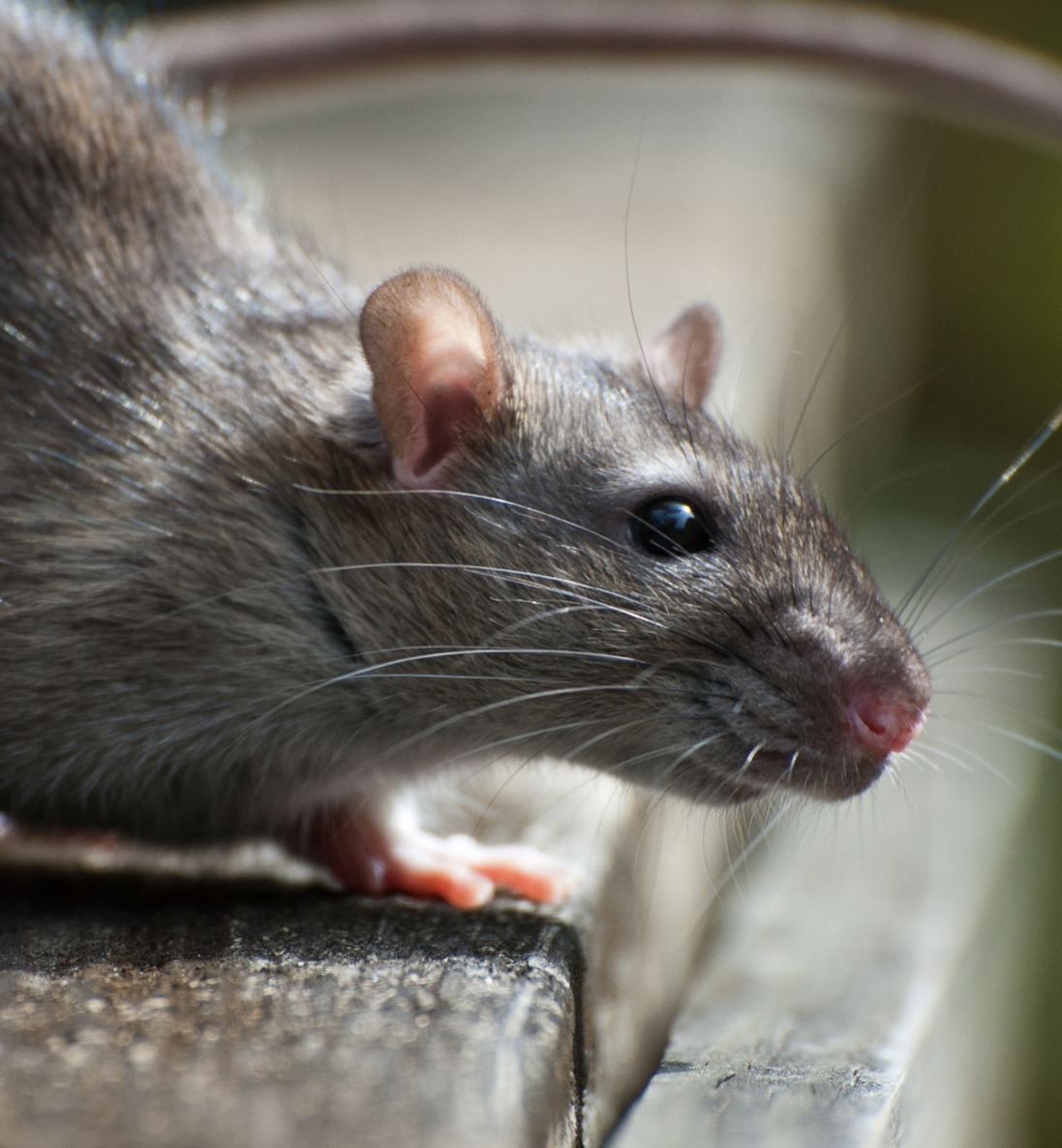 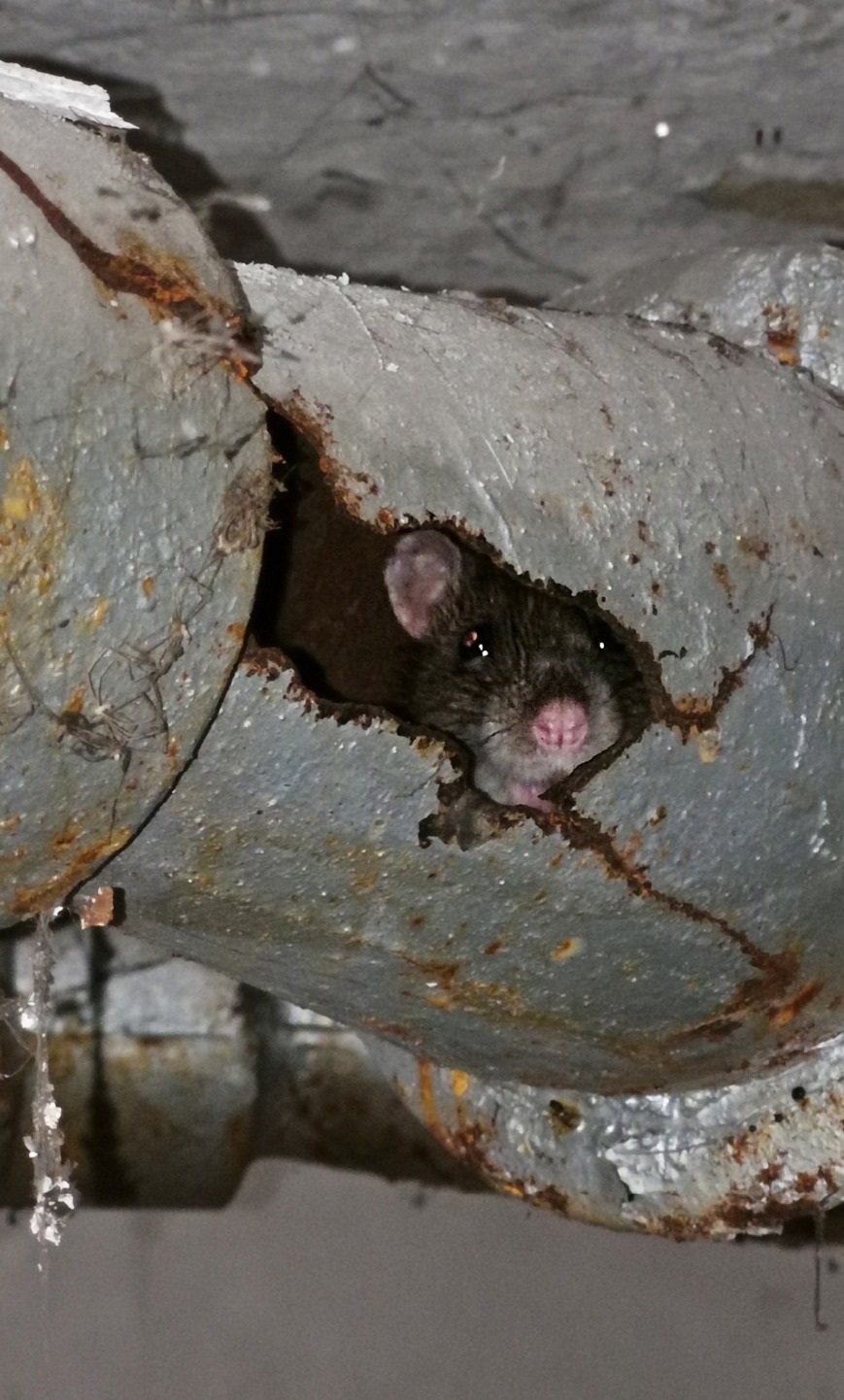 Why do I have this opinion? Lets try to understand rats.
Rats are extremely clever creatures, able to memorise complex layouts using guard hairs in their flanks for touch sensation so that they can use their eyes to look in two different directions for predators – this is truly a remarkable animal and one that exists very closely with mankind.
Rats are one of the few mammals to exploit a biological loophole – post partum oestrus; the female will give birth to her litter of around 6 to 10 pups and then mate. The pups will be weaned in three weeks just in time for mother rat to have her next litter.
As those young rats reach sexual maturity within 3 months what we have is an explosion of rats with each female rat able to produce 2000 direct offspring a year, with numbers like those pest control companies can be very successful poisoning rats without cutting into the main population.
Our reliance on rodenticide for rat control has also had an unexpected outcome; the rats are immune to some types of poison that we use, young rats along with older members of the colony maybe susceptible however the dominant breeding members will ultimately survive breeding better rats.
When it comes to dealing with a rat problem in your home we do things differently; here at All Aspects Pest Control we survey the entire structure, when I say structure I mean the whole building, including adjoining one's. There is little point in attempting to carryout rodent control if you don’t start with the idea of finding out where they are getting in.
As we’ve covered in the blog, rats need a home and its usually your home so if we can find their entrance point and close the door we deny them access to warmth, food and water. We identify the route in, place traps to catch and kill the rats so we can dispose of their bodies properly and then we seal the entrance.
Do you want to be rat free?
Then we want you to be rat free, its as simple as that.
Just get in touch and we can get you 100% pets free within days
contact us
Tagged as: Rats
Share this post: